Maryam Ghorbankarimi is a filmmaker and film scholar. Born and raised in Tehran, Maryam Ghorbankarimi moved to Canada in 2001 to continue her education in film at Toronto’s Ryerson University. She holds a BFA, MA and completed her PhD in film studies at the University of Edinburgh in 2012 and her dissertation was published as a book entitled A Colourful Presence; The Evolution of Women’s Representation in Iranian Cinema in 2015.

Maryam is a Fellow of the Higher Education Academy. She has developed some new practice based modules in film at Lancaster University.

I also contribute lectures on the 1st-year Film Studies core module, Introduction to Film Studies (LICA150), on the 2nd-year core Film Studies module, Hollywood and Beyond: Global Cinema (LICA251) and I supervise a number of undergraduate dissertations.

My research interests include gender and representation in film both on and off screen, film adaptation, transnational cinemas with a focus on Iran and other Middle Eastern cinemas, and film industries and practices in general.

I am happy to discuss PhD proposals on any aspect of Middle Eastern Cinemas as well as gender and representation in film and TV. I am also interested to receive practice based PhD proposals with a special interest in documentaries and essay films.

In A New Light: Women Directors in Iranian Cinema followed by screening of Nahid
Invited talk

One Thousand and One Nights: Comparative Perspectives on Adaptation and Appropriation
Participation in conference

Culture and Cultural Production in Iran: Past and Present
Participation in conference 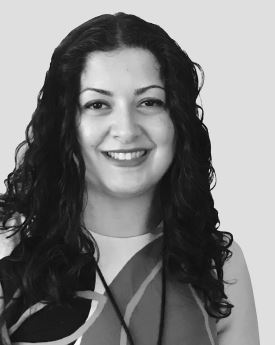