My research looks at the intersection of law and religion. I study this primarily through the works of the canon lawyers of twelfth- and thirteenth-century England and how these writers achieved practical solutions for the problems of their day by using the increasingly specialised legal knowledge. My forthcoming book argues that court procedure, based on Roman law and tempered by the canonists, became a guiding force and vehicle for argument in dispute resolution. My upcoming research is an interdisciplinary project examining the school of the Anglo-Norman canonists to bring a new perspective to the church/state debate, challenging the assumed divides between law and theology and providing a more accurate view of the medieval underpinnings of the relationship between secular and religious authority. This research explores how interconnected different legal traditions were in solving disputes on local to international levels and how these writers made sense of the world during periods of rapid change.

I joined Lancaster in 2021; prior to this, I was a research fellow at the University of St Andrews Institute of Legal and Constitutional Research, working on the European Research Council funded comparative legal history project: ‘Civil Law, Common Law, Customary Law: Consonance, Divergence and Transformation in Western Europe from the late eleventh to the thirteenth centuries.’ 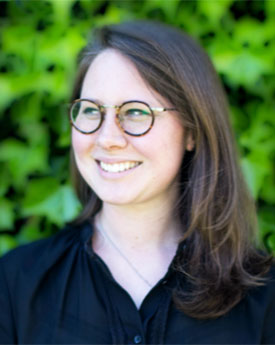