Investing in the next generation of researchers

Lancaster University is to receive £1.7m in funding to support the next generation of researchers.

The funding will support 26.6 PhDs on doctoral training partnerships (DTPs) at the Faculty of Science and Technology, Lancaster University Management School, the Data Science Institute and the Institute for Social Futures.

Professor Linda Woodhead, Director of the Institute for Social Futures, welcomed the award.

“These new positions will offer outstanding candidates an opportunity to shape engineering and physics sciences with applications which connect to the new field of social futures whilst being part of a vibrant, collaborative and interdisciplinary environment.  Successful candidates will connect disciplines in interdisciplinary projects and contribute to world-changing research in futures thinking."

The 3.5 year studentships will help support PhD research training over two annual cohorts and are being funded by the Engineering and Physical Sciences Research Council (EPSRC).

The DTP funds will support students for the academic years beginning October 2016 and 2017.

EPSRC’s Chief Executive, Professor Philip Nelson, said: “This year we are allocating £167 million to universities via Doctoral Training Partnerships (DTPs). These will cover a two year period and give institutions greater certainty and increased time to plan their DTP programmes, and support excellent doctoral students.”

These brilliant minds at Lancaster contribute an essential part towards the UK's future economic growth.

A number of departments within the Faculty of Science and Technology have received positive ratings in this year’s QS World Rankings, including a commendable result for Geography, which establishes Lancaster in 46th place in the world for the subject.

Dr Duncan Whyatt, Senior Lecturer at Lancaster Environment Centre explains what makes Geography at Lancaster a world class and unique experience. “Our interdisciplinary approach features world-leading research and forward-thinking programmes that take students beyond the lecture theatre into unbeatable local surroundings such as the Lake District and Yorkshire Dales and exiting overseas locations including the Brazilian Amazon and Croatia.  Our students also have great opportunities to study abroad in North America and Australasia” he says.  “Our reputation is demonstrated on a global level by our consistent success in the QS World Rankings. We will continue to build on our standards with the aim to maintain complete student satisfaction, as well as developing our employability services to students, which presently sees around 90% of whom going into work or further study within six months of graduating.”

Strong scores were also attained in Environmental Sciences and Statistics, both of which reached the international Top 100 in their respective subject categories. Archive reached the Top 150 and the School of Computing and Communications secured a Top 150 place in the subject of Computer Science and Information Systems.

Overall, Lancaster now features amongst the world's elite institutions in 18 of the 42 subjects featured in this year's QS World University Rankings by Subject. The Faculty of Science and Technology is fully committed to the University strategy in teaching and learning, research, and engagement, and welcomes the goals of being in the top 10 nationally and becoming a globally significant university.

Our interdisciplinary approach features world-leading research and forward-thinking programmes that take students beyond the lecture theatre into unbeatable local surroundings such as the Lake District and Yorkshire Dales and exiting overseas locations including the Brazilian Amazon and Croatia. 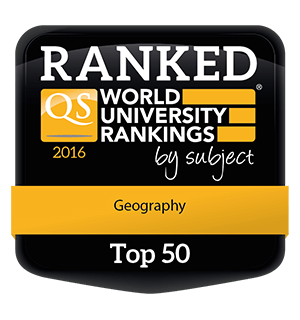 Newly published research has shown that the action of wind turbines has a measurable effect on the local climate.

Researchers from Lancaster University, the Centre for Ecology & Hydrology, National Centre for Atmospheric Science, the University of Glasgow, and the University of Leeds placed a grid of more than 100 temperature and humidity sensors around wind turbines at ScottishPower Renewables’ Black Law Wind Farm in North Lanarkshire.

Over six months, the scientific team took readings from the air every five minutes and from the surface and soil every 30 minutes, including during a period when the turbines were switched off for maintenance.

They found that when the turbines were operational at night the temperature around the turbines increased by nearly 0.2 °C and absolute humidity increased fractionally. The turbines also increased the variability in air, surface and soil temperature throughout each 24-hour cycle.

Dr Alona Armstrong, lead author of the paper, now at Lancaster University, said: “Even though we could measure the effects, the changes were relatively small and these effects decreased rapidly with distance from the nearest wind turbine.”

Professor Nick Ostle, Lancaster University, said: “In this research we wanted to know whether the wind turbines affected ground temperatures. We found that there was small detectable difference in temperature produced when turbine blades scoop up and mix warm and cold air. But this effect was tiny and far smaller than the differences in temperature that you would see naturally as a result of the seasons, different vegetation types or even moving from one field to the next.”

The study was supported by funding from the UK Natural Environment Research Council (NERC), and access to Black Law Wind Farm was provided by ScottishPower Renewables.

The research was featured by the BBC.

Even though we could measure the effects, the changes were relatively small and these effects decreased rapidly with distance from the nearest wind turbine.