Groups are core to algebra, and their study now covers a wide range of techniques. Modern advances in group theory utilise categories to study properties for finite and infinite groups alike. Results obtained using categories such as fusion systems have allowed significant progress in the local-global study of finite groups, while Mackey functors and Bredon cohomology have been a major feature of the functorial study of groups, leading to major advances also in neighbouring areas such as algebraic topology, representation theory and K-theory in particular.

These functorial techniques, mainly developed for finite groups to date, have emerged in the study of infinite groups, and more recently in the study of profinite groups. This Research Group aims to bring together researchers representing the various subjects touched by functor categories for groups in order to incentivise future advances and stimulate new collaborations in the UK and Ireland.

The next meeting will be

The Research Group receives financial support from the London Mathematical Society and has, therefore, limited funds to reimburse travel expenses of UK-based students and young mathematicians. Please contact the organisers if you wish to apply for such reimbursements.

For UK-based mathematicians with caring duties, the LMS has a Caring Supplementary Grant scheme which allows participants of meetings like ours to apply for help covering caring costs.

Jointly organised together with the research networks ARTIN and BLOC, the school was funded by the London Mathematical Society, the European Research Council, and the International Centre for Mathematical Sciences in Edinburgh. The school featured expository lecture series by early career researchers from among each research group.

Corresponding organisers of the Joint Research Group are: 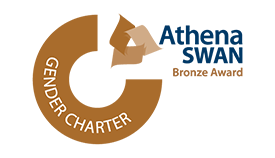