Professor of Literature and Culture

Catherine Spooner's particular research interests incorporate Gothic literature, film, and popular culture, and fashion and costume in literature and film, within the broader spectrum of Victorian and contemporary literature and culture.

Catherine's most recent project is The Cambridge History of the Gothic Volume 3: The Twentieth and Twenty-first Centuries, co-edited with Dale Townshend. This collection of 24 original essays tracing the development of modern and contemporary Gothic through major cultural and historical shifts is forthcoming from Cambridge University Press in 2021.

Catherine's latest monograph. Post-Millennial Gothic: Comedy, Romance and the Rise of Happy Gothic (2017) was the outcome of a 9-month AHRC Research Fellowship and explores such phenomena as the perennial revival of Gothic style on the high street, the advent of the sparkly vampire, and Gothic tourism in Whitby, in relation to developments in twenty-first century subcultures. In 2019 the book was awarded the Allan Lloyd Smith Prize for significantly advancing the field of Gothic Studies by the International Gothic Association.

Catherine is also the author of Fashioning Gothic Bodies (2004) and Contemporary Gothic (2006). Contemporary Gothic was translated into Korean in 2008 and Japanese in 2018. She has co-edited The Routledge Companion to Gothic (with Emma McEvoy, 2007), Monstrous Media/Spectral Subjects: Imaging Gothic from the Nineteenth Century to the Present (with Fred Botting, 2015) and Return to Twin Peaks: New Approaches to Materiality, Theory and Genre on Television (with Jeffrey A. Weinstock, 2015).

Catherine is currently working on a cultural history of the white dress in Gothic literature and film, to be published by Bloomsbury in 2024. The book explores the horrors and fantasies of whiteness as articulated through fashion and costume, from Marie Antoinette to Melania Trump. She also has current research interests in the cultural afterlife of the Lancashire witches, folk horror, Gothic in Japan and Gothic in the long 1960s.

Catherine has recently contributed to the volumes accompanying three major exhibitions: Gothic: The Dark Heart of Film at the British Film Institute; Terror and Wonder: The Gothic Imagination at the British Library and Alexander McQueen: Savage Beauty at the Victoria and Albert Museum. She has given public talks at venues including the Barbican Gallery, the BFI, the British Library, the Bronte Parsonage Museum, the Freud Museum, ICA London, the National Theatre and the V&A, and has made media appearances on BBC Breakfast, BBC Radio 3, BBC Radio 4, BBC Radio 6 Music, BBC World Service, BBC Radio Lancashire, BBC Radio Essex and BBC Three Counties Radio. Catherine was co-President, with Angela Wright, of the International Gothic Association 2013-17. She is currently Lancaster University's Academic Lead for the North West Consortium Doctoral Training Partnership.

Catherine teaches widely across the fields of Victorian, twentieth- and twenty-first-century literature within the department. She currently convenes the third-year half-unit 'Victorian Gothic' and the MA modules 'Contemporary Gothic: Text and Screen' and 'Research Methods and Reflective Practice', as well as the elective 'Literary Lancashire' on the Part 1 Introduction to English Literature course.

Catherine is a Senior Fellow of the Higher Education Academy.

Catherine Spooner specialises in Gothic literature and culture from the nineteenth century to the present, with a particular interest in fashion. She is the author of three books: Fashioning Gothic Bodies, Contemporary Gothic and Post-Millennial Gothic: Comedy, Romance and the Rise of Happy Gothic. She has also co-edited four books: The Routledge Companion to Gothic, Monstrous Media/Spectral Subjects, Return to Twin Peaks and The Cambridge History of the Gothic Volume 3: The Twentieth and Twenty-first Centuries. She is currently working on a Gothic cultural history of the white dress and investigating the modern legacy of the Lancashire Witches. 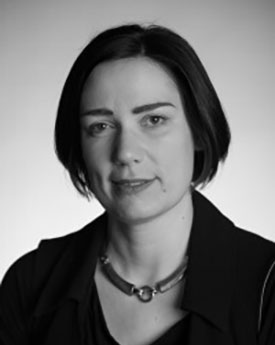