I joined the Department of Applied Social Science as a member of staff in January 2001, although I have had connections with it since 1989 when I started to study as an undergraduate. After graduating I studied in the department for a PhD that examined the introduction of the social security benefit, Family Credit in 1988.

In 1998 I left the department to work for the pressure group, the Daycare Trust as a researcher. Having got fed up with travelling to London and the politics of the voluntary sector, I retreated north to Bradford University where I worked as a Lecturer in Social Policy and Social Work before coming back to Lancaster University.

My main current research interests are concerned with analysing contemporary and historical changes in income maintenance and labour market policy. I am interested in the ways in which such policies are shaped by concerns with groups in the population that are deemed to be 'problematic', such as lone mothers and young people, and the ways in which income maintenance and labour market policies are held to be more important because of their macro-economic benefits, rather than their social benefits. I am currently engaged in research at the National Archives which is focusing upon the introduction of Family Income Supplement in 1971 and how one of the guiding principles - that market wages should not be subsidised by the state - which had shaped social security policy making from the introduction of the Poor Law Amendment Act, was overcome by policy makers in the 1970s.

More directly related to criminology, I am interested in the press reporting of crime, particularly the reporting of sexual offences and the ways in which groups in the population (most notably black and working class men) are constructed as sex offenders.

Reflecting these research interests I teach courses called Crime, Poverty and Social Security and Crime and the Media . I also make a contribution to the core Criminology course Criminological Thought and the first year course Crime and Social Life .

I currently teach the following courses:

I also make a contribution to the following courses: 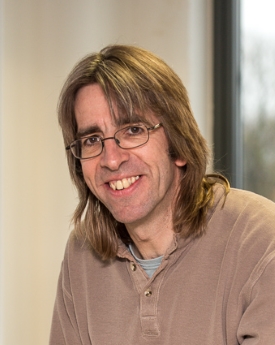