I am a social psychologist interested in the role of social identity and group processes in prosocial and anti-social behavior. Over the last 20 years I have established a reputation as a leading researcher in the social psychology of helping behaviour in general and bystander behaviour in particular. More recently I have moved towards interdisciplinary work at the intersection of psychology and technology – leading large multi-site projects which include computer scientists, software engineers, roboticists and HCI researchers. My theoretical focus has been on the utility of the concept of social identity for understanding the dynamics of behaviour in the digital age. I have explored the interactions of social identity and technology in violence prevention, privacy, security, health/well-being and environmental/sustainability behaviours. I have pioneered innovative research practices and analysis of digital data which help to advance the discipline of psychology and the wider academic community. My research projects have included experiments in labs and in virtual reality, using smartphones to collect data ‘in the wild’, the micro-behavioural analysis of CCTV footage of public space interactions; analysis of naturally occurring on-line text, large scale surveys, focus groups and interviews.

My research work has been supported by over £10 million worth of grant income, from research councils, charities, public sector organisations and industry partners. I have advised government departments, city councils and police forces about how to encourage prosocial behaviour and tackle anti-social behaviour in public places. I have worked with Crime and Disorder Partnerships, police and universities to deliver in-situ interventions to tackle anti-social behavior in the night-time economy. I currently work with third sector organisations like AGE-UK Exeter to deliver technology-enhanced ‘circles of support’ for older people with co-morbid health conditions. I have also been part of co-creation work with the creative industries (including games makers, puppeteers, magicians and choreographers) to explore digital transformations of public spaces.

(Understanding the role of identity in encouraging secure software development)

(The psychology of socially and technologically mediated interactions in public space)

2012- 2015 Collective Action in the Digital Age: Social identities in online and offline behaviour

2012-2013 Identi-scope: Multiple identities as a resource for understanding the digital world.

2008 -2012 Collective Participation and Social Identification: a study of the individual, interpersonal and collective dimensions of attendance at the Magh Mela

2008 – 2011 Visual and Behavioural Fidelity of Virtual Humans with Applications to Bystander Intervention in Violent Emergencies - EPSRC - £846,700

(Experiments in virtual reality environments on bystanders to violence)

2007 – 2008 Groups, Identities and Helping Behaviour: Theory and Practice in the Social Psychology of Helping

2007 -  2008 Community and collective participation: A study of collective life at the Magh Mela

(Study of a Hindu Pilgrimage site in Allahabad, India)

(Lab experiments and CCTV analysis of bystanders and violence)

What Can We Learn from a Detailed Analysis of CCTV Footage of Behaviours in a Public Space? How Can Social Psychology Work with Technology to Build Safer Public Spaces?
Invited talk 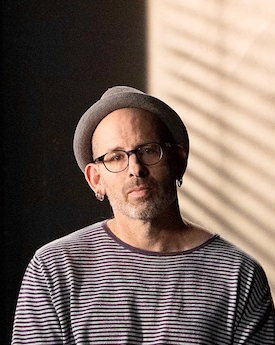