I am the Executive Director for the Centre for Research and Evidence on Security Threats (CREST). As well as overseeing CREST’s engagement with the media and other interested audiences I also lead on translating our research for our stakeholders. This involves making sure that the content and style of research publications about security threats is intelligible and useful for non-academic users. I am based in the Psychology Department in Lancaster, but my background is in the history and sociology of religion. In particular my research focuses on the role non-negotiable religious and non-religious beliefs play in motivations to and justification of violent behaviour.

My research concentrates on non-negotiable beliefs and values. I am interested in theories of the sacred and Durkheimian explanations of the role religion plays in society, as well as the methodologies that enable us to study ideological commitments in individuals and communities. In particular I have focused on non-negotiable, or sacred, beliefs and values in discourses that seek to motivate or justify violent action.

This builds on my previous research into the role that beliefs, commitments and ideologies make in decision-making in the face of risk and uncertainty and my research mapping the significance of non-negotiable beliefs in public statements made by groups. My work has included in-depth analyses of groups such as Aum Shinrikyo, al Qaeda, the Red Army Faction, Agonshu, the Student Non-violent Coordinating Committee and Hizb ut-Tahrir.

I founded and am Editor of the website RadicalisationResearch.org, set-up with funding from the AHRC and ESRC and currently funded by CREST. Radicalisation Research brings high-quality academic research on radicalisation, extremism and fundamentalism to the attention of people working in policy, media, education and other sectors interested in these topics.

Previously I was the Programme Manager and Researcher on a national HEFCE-funded project on religious literacy in Higher Education. I have researched and published on the presence (or lack of) religious literacy in policy and practice settings, including for the Equality and Human Rights Commission.

European Association for the Study of Religions Conference
Participation in conference

Minority Religions: Contemplating the Past and Anticipating the Future
Participation in conference

Symposium on the 'Sacred'
Participation in workshop, seminar, course

Symposium on Religion and Security
Participation in workshop, seminar, course

Methodological approaches to the study of religion
Participation in workshop, seminar, course

What have we learned about radicalisation?
Public Lecture/ Debate/Seminar 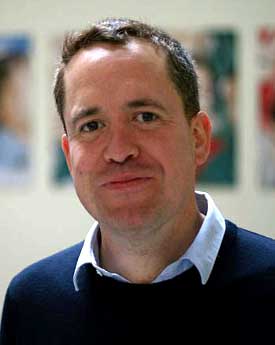