On 1 May 2021, Professor Paul Taylor took up the role of national Chief Scientific Advisor for Policing. Based at the NPCC, Paul's role is to deepen and expand police capability to harness science and technology to prevent crime and keep people safe. Read more here.

Prior to becoming CSA, Paul was director of the UK’s hub for behavioural and social science for national security (CREST). Commissioned by the ESRC with funding from the UK intelligence community and Home Office, CREST currently supports 143 researchers from 35 UK HEIs and SMEs who have, through their research and engagement activities, added value to training, investigative practices, and policies (see our recent independent evaluation).

Between 2012 and 2019, Paul was the inaugural director of the University’s institute for security research. Paul helped the institute establishe its socio-technical focus, housing staff and students from 10 departments and growing an interdisciplinary strength that defines Lancaster’s contribution to initiatives such as the EPSRC-NCSC Academic Centre of Excellence for Cyber Security network, and the academic-industry engagement accelerator SPRITE+.

Paul's own research in security, safety and resilience has been supported by £23M of funding from the ESRC, EPSRC, EU and others. This work is published in computing, linguistics, management and psychology outlets (Google Scholar) and has led to several awards, including the EAPL mid-career award.

Paul is a full Professor at Lancaster University and the University of Twente, but he works outside of academia too. He helped establish a government research unit between 2006-2008 and, for his contribution to police investigations, he received a Commissioner commendation in 2005. He is a membership of a number of government science groups, sits on Imperial’s Data Science Institute’s advisory board, and has served as an editor and board member for the British Psychological Society. He was once on BBC Horizon and still has those wonky glasses.

I'm interested in how people cooperate. Using experimental, archival and field research, I've studied both the fundamental behavioral and cognitive procsses that make human interaction possible and, more practically, the kinds of tactics and policies that promote peaceful resolutions.

I place a high value on ecological validity. Consequently I've examined the interpersonal dynamics of crisis negotiations, police interrogations, pub fights, vetting interviews, and serious sexual assaults. I've also used ‘process’ methodologies to study contextual determinants of cooperation, such as the factors that precede violence in the lives of male and female terrorists. Common patterns emerge over these contexts, and these provide the basis of operational support and training to law enforcement agencies worldwide.

Safe space: The impact of location versus medium on self-disclosure in security vetting interviews.
Oral presentation 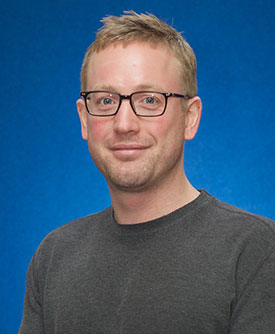