I work on environment, climate and energy policy and politics. In particular, I look at the relationship between the citizen and state in climate governance.

I currently hold a UKRI Future Leaders Fellowship, examining the role of public engagement in energy and climate governance.

In 2019-2020, I was an Expert Lead to Climate Assembly UK, the first national Citizens' Assembly on Climate Change, established by six parliamentary select committees in the House of Commons.

From 2014-18, in a collaboration with Green Alliance, I investigated how politicians understand and respond to climate change.

I am a Trustee of the New Economics Foundation and an adviser to the National Lottery’s Climate Action Fund. From 2015-2019 I was a member of the Scientific Advisory Committee of UKRI’s Energy Programme, and from 2011-15 a Council Member of the Natural Environment Research Council. Previously I was Vice-Chair of the UK Sustainable Development Commission, advising the Prime Minister and First Ministers of the devolved administrations.

The UK Government’s independent advisory body on sustainable development, reporting to the Prime Minister and the First Ministers of the devolved administrations 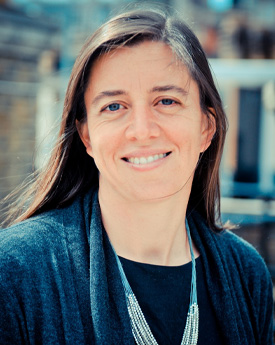