Sanaa Alsarghali is a PhD student at Lancaster University/ UK, she also holds an LLM from Durham University/UK and BA in Law from An-Najah University/Palestine.

Sanaa is an Annenberg Oxford Media Policy Summer Institute’s alumni. She is an active member in TAM, an NGO that intends to change the stereotypical image of the Palestinian women in the Media.Previously, she worked as a TV presenter in Al Fajer TV local station.Her social and political talk show 'Tam Time' was screened on the Palestinian National TV for two years. Sanaa also helped in producing several documentary movies that focus on the protection of social rights.

Once powers are concentrated, are they likely to remain so? An analysis of the Palestinian Basic Law in light of Constitutionalism theory.

Sana's PhD focuses on the gaps in the Palestinian Basic Law. She argues that the Palestinian Basic Law as amended in 2003 is inadequate for any future constitutional development. The Basic Law combined gaps that strengthened the presidential centralization of powers, beginning with the way it was drafted, and the political system the Basic Law adopted after 2003, which did not divide the power in a sufficient way between the state organs. This gave the president the ability to be the ultimate leader with a prime minister who should act as his subordinate to maintain his position. The aim of this thesis is to analyze the aforementioned gaps by using constitutionalism theory, which focuses on the necessary elements that should exist in a constitution to help creating limited government. 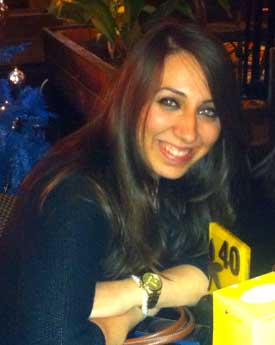