Vincent Reid is a Professor of Psychology. He completed his B.A. in Psychology in 1997 and his M.A.(hons) in 1999 at the University of Auckland and a Ph.D. at Birkbeck, University of London in 2004. During this time he also worked as a Research Fellow at the Max Planck Institute for Evolutionary Anthropology in Leipzig, Germany. He moved to the University of Leipzig and the Max Planck Institute for Human Cognitive and Brain Sciences, Germany, in 2005 as a Research Scientist in a research group funded by the Alexander von Humboldt Foundation. In 2006 he became a Lecturer in Psychology at Durham University.

In 2012, Vincent moved to Lancaster University as a Senior Lecturer in Developmental Neuroscience, where he became a Reader in Developmental Cognitive Neuroscience in 2013. He became Professor of Psychology in 2016. During his time at Lancaster, Vincent has been on the management board of the Leverhulme Doctoral Scholarship Programme in Interdisciplinary Research on Infant Development in addition to coordinating an FP7 EU ITN on infancy and neuroscience and conducting research funded by the ESRC on elements of social development in infancy and on methods related to fetal development. In 2017 he became Associate Dean for Research in the Faculty of Science and Technology.

In 2019, Vincent was appointed to the role of Interim Pro-Vice-Chancellor (Research) in addition to his appointment as a Professor in Psychology in the Department of Psychology.

My research focuses on various developmental aspects of social perception and cognition during early development, namely: (1) Social-cognitive processes from biological motion detection and interpretation through to the perception of human action; (2) Methodology and recently (3) Third trimester fetal development. I use a number of techniques in order to investigate these issues, including brain derived measures (EEG/ERP), behavioural paradigms and interventions.

How does the identification of conspecifics change within the first postnatal year? Identifying others of the same species is a foundational skill that is required for further increments in social-cognitive abilities. One fundamental topic in the developmental sciences must therefore be how human infants, with limited experience, nonetheless discriminate various forms of motion. It is an area ripe for the examination of the role of experience in such cognitive skills.

Understanding others’ action sequences is fundamental for perceiving complex aspects of human movement, such as detecting goal directed behavior and intentional actions. Perceiving these aspects of human behaviour is necessary for abilities that are essential for human cultural skills, such as imitation and language learning. The neural basis of action processing as seen in the adult brain raises some fascinating questions for developmental psychologists.

As psychologists, we often use very precise and complex devices to assess elements of human behaviour or brain activity. As a developmental psychologist, it has become increasingly clear to me that many of the techniques that we use are co-opted from adult research, despite the fact that this has implications which have not been fully considered. A recent theme of my publications has been to explore elements of the methods that are regularly used and to understand how infant populations have specific characteristics that impact on obtained results.

My lab is currently attempting to understand the visual and auditory world in utero. Extensive work has been conducted into postnatal perceptual and cognitive development but very little is known about how perception and cognition might develop before this point. For example, newborn infants have a visual preference for face-like stimuli, can discriminate between small sets of numbers and can match mouth movements to simple speech sounds. If such capacities are shown in the human fetus, what mechanisms might explain the emergence and development of these perceptual and cognitive processes? Most of our efforts at the moment are focussed on developing methods related to delivering visual stimuli to the fetus in a way that is safe, ethical and effective. We then use 4D ultrasound to measure fetal behaviours, including head orientations and fixations times towards stimuli and facial behaviour. 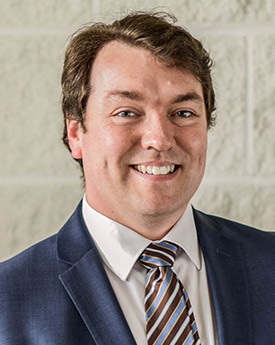