As its known that, Physics connects many disciplines, such as mathematics, physical chemistry, biochemistry, engineering, biology and medicine to tackle the question: What is life? Mind and Matter.

My work is motivated by the question “What are the physical principles underlying living systems?”. Living systems are characterised by their ability to respond to fluctuations coming from the external and internal environments.and matter with their environments and often do so in a regular way. Hence they have mechanisms to stabilise the frequency and amplitude of the associated oscillations, and can be characterised as interacting self-sustained non-autonomous oscillators.

In my work I learn from nature, but I also try to be useful to nature. Recording time-series, and analysing the underlying dynamics with our new algorithms, it is possible to investigate how we age in a dynamical sense, or what happens when we are unconsciousness in anaesthesia, or what changes take place in various cardiovascular diseases.Recently, we started investigating the dynamical markers of malaria.

Malaria is a parasitic vector borne disease transmitted from person to person whenever a mosquito takes blood meal.Malaria is a deleterious disease and its widely spread. There are more than 200 million cases of malaria each year, resulting in over 600,000 deaths of which 90% are in Africa. So any significant contribution to understanding the disease and/or in diagnosing it and monitoring its progression is likely and undoubtedly going to be a fascinating and robust panacea to the endemic disease.We've proposed to measure blood flow dynamics of patients in Nigeria, say: 20 malaria patients (of homogeneous age, say around 40–50 years old or younger); and, under same environmental/climatic conditions, 20 age-matched healthy control subjects. The aim is to test the hypothesis that nonlinear dynamical analysis of blood flow data will provide a biomarker of malaria that can be used to monitor the effects of treatment noninvasively, or even for the early detection of malaria at its dormant stage. Nonlinear methods including the non linear mode decomposition method (NMD), among others will be used for analysis. We also expect to gain additional insight into the mechanisms through which the dynamics of blood flow is altered by malaria, – adding to the physiological understanding of the disease, and providing an improved basis for further modelling.

If the anticipated biomarker for malaria can be established, it may pave the way to the development of a self-contained, portable, instrument for the detection and monitoring of malaria, suitable for use by non-skilled personnel. 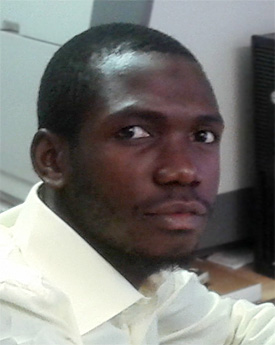