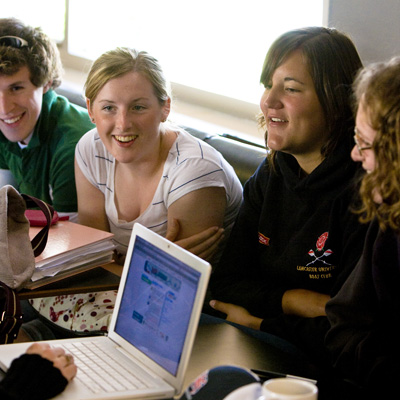 Back to course listing

What Will You Study

Your German Studies programme gives you the opportunity to acquire high-level language skills and gain a thorough understanding of the country’s historical, cultural, social and political background in a global context. In Philosophy, we will help you to cultivate your own critical perspective on philosophical problems and questions, and develop a range of methods for analysing, critically engaging with, and discussing such problems.

Your first year comprises an exploration of the German language and its cultural context as well as an introduction to some of the central problems in philosophy and the theories produced in response to them. Alongside this, you will study a minor subject that complements your degree.

The first year philosophy module ‘Introduction to Philosophy' introduces students to key themes in the study of philosophy. Consciously drawing on a broad range of philosophical traditions -- Continental, Analytic, and non-Western -- it aims to present a comprehensive overview of various theoretical sub-disciplines within philosophy, but also to equip students with the ability to reason and think clearly about the most fundamental questions of human existence. The course, though designed as an introduction to the advanced degree-level study of philosophy, will also function as a self-standing introduction to philosophy suitable for those seeking to broaden their understanding of philosophy as it has been practiced throughout various traditions.’

Building on your language skills in Year 2, you will study the culture, politics and history of Germany and Austria in more depth, as well as selecting modules which are international in scope and promote a comparative understanding of Europe and beyond.

Spending your third year abroad in a German-speaking country gives you the opportunity to develop your language proficiency while deepening your intercultural sensitivity. You can study at a partner institution or conduct a work placement.

In your final year, you consolidate your German language skills, and study specialist culture and comparative modules, such as ‘Imagining Modern Europe: Post-Revolutionary Utopias and Ideologies in the First Half of the Nineteenth Century’.

In the second and final years you will be able to choose from a broad range of philosophy modules, including for example: ‘Continental Philosophy; Logic and Language; Aesthetics; Moral Philosophy’. For more modules please see the PPR department website.

Lancaster University offers a range of programmes, some of which follow a structured study programme, and others which offer the chance for you to devise a more flexible programme to complement your main specialism. We divide academic study into two sections - Part 1 (Year 1) and Part 2 (Year 2, 3 and sometimes 4). For most programmes Part 1 requires you to study 120 credits spread over at least three modules which, depending upon your programme, will be drawn from one, two or three different academic subjects. A higher degree of specialisation then develops in subsequent years. For more information about our teaching methods at Lancaster please visit our Teaching and Learning section.

The following courses do not offer modules outside of the subject area due to the structured nature of the programmes: Architecture, Law, Physics, Engineering, Medicine, Sports and Exercise Science, Biochemistry, Biology, Biomedicine and Biomedical Science.

Information contained on the website with respect to modules is correct at the time of publication, and the University will make every reasonable effort to offer modules as advertised. In some cases changes may be necessary and may result in some combinations being unavailable, for example as a result of student feedback, timetabling, Professional Statutory and Regulatory Bodies' (PSRB) requirements, staff changes and new research.

Required Subjects A level German, or if this is to be studied from beginners’ level, AS grade B or A level grade B in another foreign language, or GCSE grade A or 7 in a foreign language. Native German speakers will not be accepted onto this scheme.

We welcome applications from students with a range of alternative UK and international qualifications, including combinations of qualification. Further guidance on admission to the University, including other qualifications that we accept, frequently asked questions and information on applying, can be found on our general admissions webpages.

As well as language and subject-related skills, a degree in languages can help you to develop rich interpersonal, intercultural, cognitive and transferable skills that can be utilised across a variety of careers such as accountancy, IT, business development, civil service, events management, finance, journalism, publishing, research and sales, as well as teaching and translating both in the UK and abroad. Your studies in Philosophy will also hone analytical, logical and communication skills valued by diverse employers.

Many graduates continue their studies at Lancaster, making the most of our postgraduate research facilities. We offer Masters degrees in Philosophy, Translation, and Languages and Cultures, as well as a range of PhD research degrees.

Lancaster University is dedicated to ensuring you not only gain a highly reputable degree, but that you also graduate with relevant life and work based skills. We are unique in that every student is eligible to participate in The Lancaster Award which offers you the opportunity to complete key activities such as work experience, employability/career development, campus community and social development. Visit our Employability section for full details.

At Lancaster we offer a broad range of learning environments designed to best support the requirements of your chosen degree programme. These may include lecture and tutorials, interactive workshops, laboratory sessions, other practical activities, student-led seminars and web-based delivery.

The modules which make up a programme of study are assessed using a variety of different methods, enabling students to demonstrate their capabilities in a range of ways. Typical coursework assignments include laboratory reports, essays, literature reviews, short tests, short and sharply focused critical reports, poster sessions and oral presentations. Formal examinations include short answer questions, essays and data analysis. Multiple choice formats are also employed where appropriate. Students are supported in the production of final year project reports and dissertations. Details of the assessment methods for individual modules can be accessed via the university's online module catalogue. In addition to these learning and teaching methods we encourage independent study, meaning you take responsibility for your own learning. For more information visit our Teaching Approach page.

We offer you a variety of stimulating and effective approaches to teaching, learning and assessment. This enables you and your tutors to explore the very latest thinking within your subject and develops your skills in problem solving, analysis and critical reflection, communication, application of knowledge and modern technologies.

As a University, we commit to providing all our undergraduates with a minimum number of contact hours per week, providing you with timely feedback on your work and a maximum number of 15 students per seminar group.

We set our fees on an annual basis and the 2018-19 entry fees have not yet been set.

Channel Islands and the Isle of Man

Some science and medicine courses have higher fees for students from the Channel Islands and the Isle of Man. You can find more details here: Island Students.

For full details of the University's financial support packages including eligibility criteria, please visit our fees and funding page

Students also need to consider further costs which may include books, stationery, printing, photocopying, binding and general subsistence on trips and visits. Following graduation it may be necessary to take out subscriptions to professional bodies and to buy business attire for job interviews. 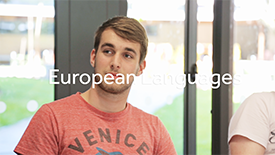