Closing of the altars

Two things of great religious significance have already happened as a result of the lockdown. The first is the closing of churches even to private prayer; the second is the emergence of a spontaneous ritual of thanks to the NHS, in the hope that this will help deliver us. Between them they suggest another lurch away from Christianity as the default religion of the English.

‌There are some strong arguments that the closing of churches to private prayer will prove to have been a huge miscalculation. I think it was exceptionally stupid and wrong myself although the decision to stop services was clearly right. There are examples from Korea, South Africa, and the USA of charismatic congregations becoming hotspots for the virus.

But solitary prayer is another matter. Sacred spaces have a healing quality that is not diminished by solitude and may in fact be augmented by it. I live close to a mediaeval cathedral and often walk there just to sit in silence for a while, or to attend morning prayer when I am sometimes the only person in the congregation not part of the clergy. The other services are of course much better attended, but for many people the special attraction of old churches is that your only company there is usually the dead. Most Anglican churches have congregations smaller than 20 at the best of times and it would not be hard to practice social distancing in any of the older churches which most attract solitary practice. To shut it down suggests a massive loss of nerve and that will tend to discredit the church. It will also lose the opportunity to connect with people who would never otherwise go to church and who might be horrified to be identified as religious.

The virus is supposed to damage the church in two ways; most obviously by breaking the habit of churchgoing; more tastelessly by killing off the elderly who form an overwhelming proportion of believers. Neither argument is entirely persuasive. Although it is broadly true that religion is carried forward far more by habit than conviction, that time has passed for English Christianity. No one goes to church now from social pressure or because their neighbours do, since their neighbours don’t. Sunday worship is already a deliberate and conscious decision and the lockdown isn’t going to change that.

The argument that the demographic effects of the virus will accelerate a change already under way has some weight. The average age of an Anglican congregation is now 58, which is close the threshold at which the disease starts to be very dangerous. But vulnerability to the disease is likely to be influenced by a lot more factors than chronological age: social class and social connectedness for two. Anglican churchgoers are predominantly middle class, and thus in better health than the poor and with greater life expectancy, other things being equal. They are also, almost by definition, plugged into a supportive social network, which has to make a huge difference to their ability to withstand the rigours of quarantine, both spiritually and practically.

But even if the virus has not weakened the faith of those who were already Christians, it has shown up and continued the continuing movement of Christianity away from the centre of national life and imagination. All the arguments I have made for Christianity being a thing that Christians will continue to do imply that it will also remain a thing that only Christians do. When this is all finally over almost everyone will thank the NHS, and only a minority will thank God. 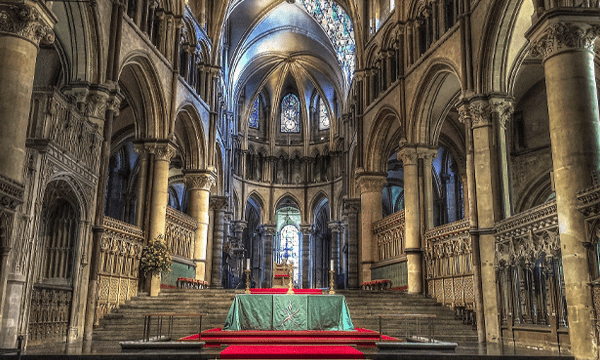