Revealing how John Ruskin corresponded with and influenced amateur and aspiring professional female artists of his time.

‌John Ruskin was a highly influential art critic in the 1850s when he came to the defence of the young artists of the Pre-Raphaelite Brotherhood. He was still well-respected in a similar fashion as Slade Professor of Fine Art at Oxford University, from 1869 to 1878.

In his various roles as teacher, educationalist and patron, Ruskin maintained a particular influence within the ranks of amateur and aspiring professional artists of his time. This especially applied to women, to whom the traditional path of training and exhibition at the Royal Academy and other major institutions was typically difficult or even impossible.

‌‌Ruskin brought art education to many people through his book The Elements of Drawing (1857). As a result, people of all classes, ages and abilities wrote to him for advice. His replies to their letters were the nineteenth century equivalent of distance learning: detailed instructions on all aspects of art in each individual letter, over a long period of time. Ruskin never met most of these correspondents but he did become close friends with some, including Kate Greenway and Louise Blandy. 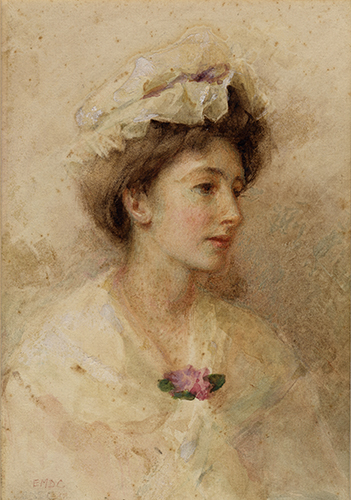 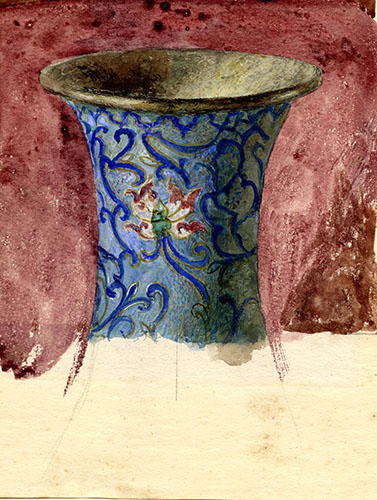 This exhibition contained an exciting combination of work and correspondence by Ruskin and both amateur and professional women artists in his circle. The display included the work of Kate Greenway and Emily Warren, the copyist Isabella Jay and many examples of work by other friends, family and acquaintances.

"...it is very delicious to [...] feel more and more that sympathy and likeness between us — though you know there’s nothing in you of my grim side, and you never feel it is there!"