This display brought together depictions of sculpture from drawings in the Whitehouse Collection.

In his book-length essay The Seven Lamps of Architecture (1849), John Ruskin discussed the value of sculpture in some detail. Whilst he believed that it could be great when used to decorate architecture, he otherwise saw it as tending towards “a pictorial manner, when it is apt to lose its dignity, and sink into mere ingenious carving”. Ruskin’s lack of appreciation for individual works of sculpture reflected his preference for Gothic architecture over classical and modern types. It also meant that he devoted little time to writing about the history of European sculpture from the Renaissance onwards. Perhaps controversially, Ruskin believed that the anonymous carvers working on great medieval churches were far more worthy of praise than Michelangelo or Hiram Powers. However, despite this rejection, Ruskin did eventually conduct his one and only sustained examination of sculpture thanks to his occasional interest in classical and Egyptian art: his 1870 Oxford lectures entitled Aratra Pentelici: Seven Lectures on the Elements of Sculpture.

This display brought together drawings of sculpture from the Museum’s Whitehouse Collection, the largest existing collection of material relating to John Ruskin (1819-1900) and his circle. Most of the featured drawings depicted details from Abbeville and Amiens, Florence and Lucca, and Venice and Verona. Items on display included: 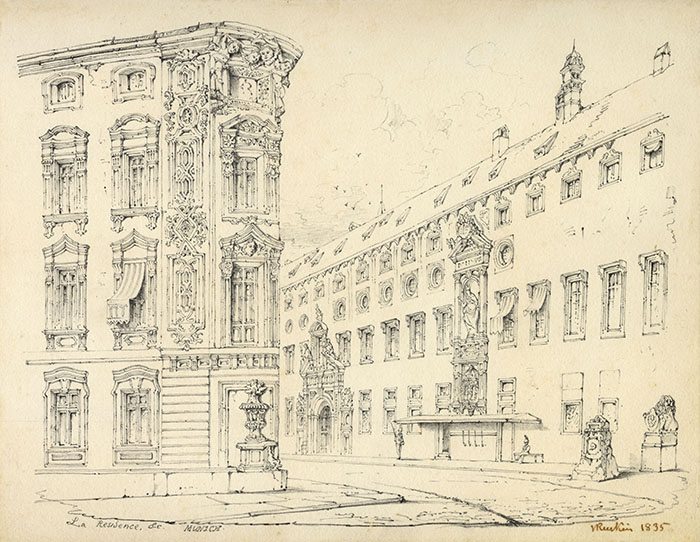