Ruskin and the Old Masters

This exhibition explored John Ruskin’s fascination with the work of the Old Masters, with a focus on Italian Renaissance painters.

As an art critic, John Ruskin is mainly remembered for his lifelong championship of J.M.W. Turner as well as his defence of the Pre-Raphaelite Brotherhood and support of artists such as Rossetti and Burne-Jones. From an early age, however, he carefully studied the history of art as a whole, and developed a passion for Italian Renaissance painting. This passion was almost as great as his love of architecture. Following his major visit to Italy in 1845, Ruskin’s writings soon made him a recognised authority on the subject.

A natural and restless draughtsman, Ruskin made copious drawings of the paintings and sculptures that most fascinated him, from rapid thumbnail sketches to highly detailed copies. He also collected photographs and other reproductions but believed that drawing directly from the original was much more rewarding. In later years, he tended to concentrate on the individual details of paintings. This gave Ruskin great aesthetic pleasure and provided him with a focus for arguments in his subsequent writings (e.g. Modern Painters) and lectures at Oxford. 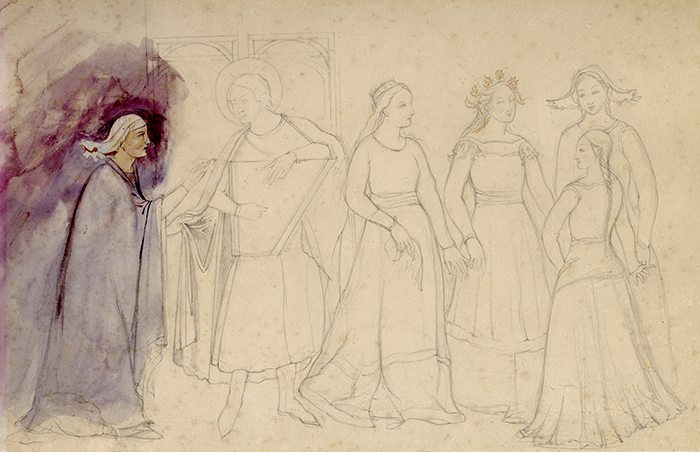 John Ruskin: The Conversion of St. Ranieri, after ‘Simone Martini’, 1845

Like the previous 'Ruskin and the Old Masters' exhibition, held here in 1999, the display featured a variety of work by Ruskin, including his responses to pieces by Tintoretto, Carpaccio and Veronese. The earlier exhibition also featured items from the Museum’s Whitehouse Collection including copies that Ruskin commissioned from various professional artists working in Italy, such as Charles Fairfax Murray, Angelo Alessandri and J.W. Bunney. 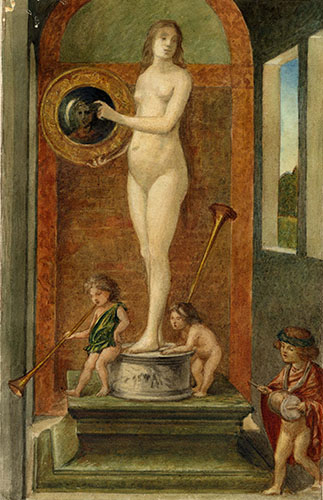 “Power of criticism does not consist in knowing the names or the manner of many painters, but in discerning the excellence of a few.”