The Library Edition of the Works of John Ruskin: A Centenary Celebration

Celebrating the centenary of the completion of John Ruskin’s 'Library Edition...'.

‌In May of 1912, the final volume of the Library Edition of the Works of John Ruskin was published.

Also known as the The Complete Works of John Ruskin, the Library Edition... has 39 volumes in total and contains over 9 million words. It was conceived by Ruskin’s literary executors within a year of his death on 22 January 1900, with the aim of gathering together for the first time all of his previously published writings, together with related manuscript material and a large selection of his private letters (which make up 2 volumes). 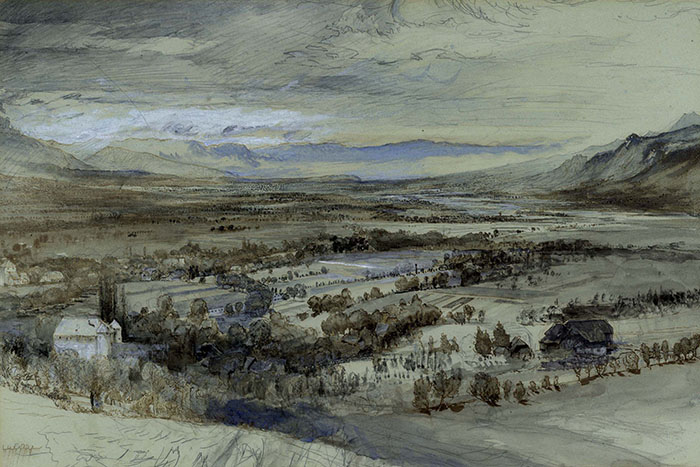 John Ruskin: View from the Brezon, looking towards Geneva, 1862 (illustrated in the Library Edition, Vol. 17, Plate 4) Two of the executors were George Allen, Ruskin’s trusted later publisher, and Alexander Wedderburn, a successful barrister and former pupil of Ruskin’s at Oxford. Wedderburn acted as the main link with Joan Severn, Ruskin’s cousin and inheritrix. He was also co-editor of the 39 volumes of the Library Edition alongside Edward Tyas Cook, one of England’s leading men of letters who made his mark in journalism as Editor of the Pall Mall Gazette, Westminster Gazette and Daily News from 1895 to 1901. This exhibition was held to celebrate the centenary of the completion of Ruskin’s Library Edition... Included in the display were books, photographs and many of the drawings and watercolours used as illustrations in the volumes of the Library Edition..., such as Rosslyn Chapel (Vol. 38), The Walls of Lucerne (Vol. 5) and View from the Brezon, looking towards Geneva (above). 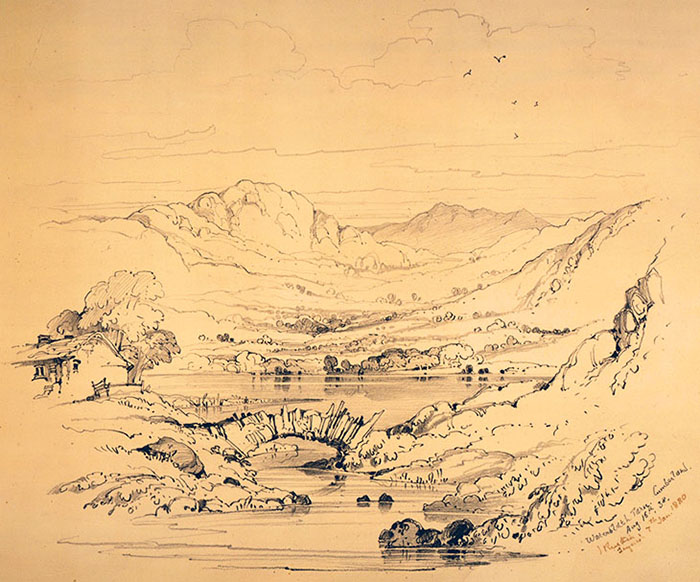