Campus Saint are a new student startup on campus, offering a platform which aims to match freelance students ‘Saints’ with local demands from ‘Taskers.’

Taskers Survey for those busy students who would like help with completing their errands: https://campussaint.typeform.com/to/mB8i43

Saints Survey for those students looking for a part-time job to earn extra money and skills: https://campussaint.typeform.com/to/FG1rcE

To find out more about Campus Saint, check out their website.

‘High Impact’ to demonstrate the importance of embedded enterprise culture

Enterprise opportunities at Lancaster University come in many forms; curricular and extra curricular, competitions, placements and funding, to name but a few.

Lancaster University has been awarded £5,000 of the total £20,000 Research Project Fund to conduct a new research project to identify the potential strategic impact of an embedded enterprise culture.

Simon Harrison, Enterprise Champion Project Manager, said, “We have curricular and extra-curricular opportunities for every student right across campus, from taught interventions and mentorship, through competitions and placements, to workspaces and funding. But they’re not being counted directly towards our strategic KPIs, so this project promises to really unlock the value of enterprise to Lancaster in a way that will be meaningful to other EEUK members.”

Although the research will be conducted by a consultant with suitable experience within HEIs, the Enterprise Team will be looking to identify a Research Buddy internally to ensure that the research can contribute to Lancaster’s own academic portfolio.  To find out more, or to read the submission, please email enterpriseteam@lancaster.ac.uk.

To read other University finalists also awarded with the Research Project Fund, follow this link.

The LU Marketing and Procurement teams are currently working together with colleagues across the University to create an EU tender for a creative services framework.

The framework will enable Lancaster University to appoint a selection of suppliers to deliver services in design, video and photography for up to 4 years, with the intention of encouraging value for money and consistency. In all cases, these teams are hoping to appoint 3+ suppliers and each area will have sub-categories to ensure a range of suppliers are appointed.

If you would like more information on the tendering process, or would be interested in putting your business forward as a potential supplier, contact Clare Riding, Head of Marketing, here. The Tier 1 Graduate Entrepreneur Visa grants you an initial 12 months of eligibility post-graduation to work in the UK, with the aim of starting your own business. You can read more about the visa here.

Lancaster University can endorse a limited number of new visa applications each year for students interested in this career path. Each applicant is required to submit a strong business plan outlining how the proposed idea will operate in the UK.

If business start up is something you might consider once you’ve graduated from Lancaster, and your stay in the UK is restricted by visa requirements, come along to an information session on 12th May 2015, 1:30pm-4:30pm, HR Building (Training Room 1)

The session will include a presentation, Q&A with a member of the International Registry Team and an introduction to business planning tools to improve and develop your business plans for submission.

Please contact the International Registry Team, with any questions.

The Lancaster Challenge is Lancaster University’s largest cross-society competition with over 12 societies involved!

The Lancaster Challenge is Lancaster University’s largest cross-society competition with over 12 societies involved!
ALL STUDENTS ARE WELCOME!
Participants will be split into teams depending on their society and skill set – so each team should have an Entrepreneur, a Photographer, a Consultant, a Scientist etc…
Teams will then compete in the fun and fast-paced secret 4hr challenge which will test a huge range of skills from business and art to public speaking and creativity! 3 industry experts will then choose the winning team who will receive a HUGE £250 CASH PRIZE!! The best individual will also get £50 CASH!
The event is taking place on Saturday 7th March (Week 8) and starts at 12:30pm in the Marcus Merriman Lecture Theatre in Bowland North. The event is set to last the rest of the day with an after-party/social in Grizedale bar in the evening.
The challenge is Top Secret until the event itself so put the date in your diary and get ready!
There will be FREE Popcorn provided for all attendants courtesy of PROPERCORN!
https://twitter.com/propercorn

A lucky chance encounter at a drop in session with Lancaster Universities Enterprise Team has kick started my ideas into more than just a list in my i-phone.

I’ve been using the ‘Business Model Canvas’ to explore and prototype a number of ideas and my latest project is an app called ‘Flirt Yeti’.

I’m experimenting with my ideas on a site called Applits.com which makes it possible for anyone who does not have the time, money, or coding knowledge to make an app to have a go by getting involved. You can check out my app idea at

To get going, you simply submit your app idea into the Applits competition and it will receive valuable feedback/votes; you might be the creator of the next ‘Angry Birds’.

Applits.com is more than an app idea competition, anyone can contribute to every part of the crowd-sourced app development and earn monthly royalty payments for your creativity, knowledge, skills or research.

By getting involved you can input and gain a perspective of app:

By getting app users to submit and vote on the apps that they want to see on their smartphones, Applits are developing apps that are proven to be desirable by end users.

Flirt Yeti was born at Lancaster University, and with your input and support it could be downloaded around the world.

To find out more or vote for my creation Flirt Yeti, hit this link to view and vote, and make a ‘serial innovator’s’ day.

Do you need cash for your business idea? 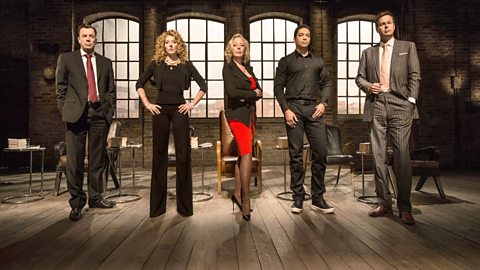 BBC Dragons’ Den gives entrepreneurs the chance to pitch their proposals to a panel of the UK’s most successful business people.  They have pledged to invest their own money in the best ideas.

If you are an entrepreneur, with a fantastic business idea or product that is investment ready, then we want to hear from you.

For an application form: Support for your application

Successful local entrepreneurs who have won investment from the Dragons’ in the past are FGH Security and Kirsty Henshaw .

If you are interested in submitting an application, please contact the Enterprise Team via enterpriseteam@lancaster.ac.uk to discuss how we might support you, e.g. by critiquing your business idea or plan, or creating pitching practice opportunities.

Speed Networking at 3-1-5 on Friday morning – get an early morning workout first! This Friday! 30th January 3-1-5 is hosting Business 2 Business breakfast meeting in partnership with Audi Blackburn from 7.45am until 10am. What do you need to do to run the business you really want to run? And, what would it feel like? Would you like to discuss this further with like-minded business colleagues? Then come along to our Speed Networking morning at 3-1-5 Health Club and if you are really keen, why not have a workout beforehand with our world class trainers from 6.45am? Just RSVP to Louise@x-force.co.uk before 28th Jan 2015.

What Can I Win?

The Santander Universities Entrepreneurship Awards offer a fantastic opportunity to celebrate the success of student and graduate entrepreneurs. Not only will the awards help secure cash investment to aid students with their ideas and businesses, but they will also provide the winners with valuable press coverage via the recognition received through this initiative. Winners will also then qualify for entry into the Santander Universities Enterprise Community programme.

The competition is open to students or recent graduates (within last two years), and entries can be from individuals or groups.

To enter you will need to submit a business plan by midday Monday 9th March.  The plans will then be shortlisted and evaluated by a panel and an entry for each category put forward to represent Lancaster University in the national competition .

All submissions should be emailed to enterpriseteam@lancaster.ac.uk