Regarded as one of the most mobility innovative cities in the Global South, Bogotá boasts the most extensive cycle network in Latin America, the most efficient bus rapid transit system in the world (TransMilenio) and the oldest mass cycle parade, the famous Ciclovía. However, what does it really feel like to be (cycle) mobile in the Colombian capital? Cosmin Popan, researcher at Manchester Metropolitan University and CeMoRe associate, has organised a mobile methods workshop at Universidad Nacional de Colombia to explore the ingenious everyday velomobilities of Bogotans.

Last summer I was invited to run a lecture and a seminar on mobile methods, cycling and embodied mobilities at the summer school ‘Sociedades Móviles: Fluidez Y Circulación De Personas Y Objetos En Las Sociedades Contemporáneas’. The event was organised by organised by Derly Sánchez, Javier Guerrero and Óscar Maldonado at the Universidad Nacional de Colombia, in Bogotá. It was an excellent opportunity to get a first-hand impression on what innovative mobilities in a Global South metropolis look like.

Seventy years ago, this eight million-inhabitants metropolis did not even exist. Founded in the 1500s by the Spanish conquistadors, Bogotá had less than half a million residents in 1950. Yet, as in many other cities in the Global South, intensive industrialisation and urbanisation have engendered a demographic boom that urban planners are still struggling to contain. It is in this context that the city has embarked in the last decades in what is considered a radical and innovative planning of urban mobilities. Three projects in particular have become representative and have gained praise across the world as ‘best practices’ from the South (Montero 2017; Montgomery 2013): the TransMilenio bus system, the extensive cycle network and the very popular cycle parade Ciclovía.

The TransMilenio transports 1.4 million passengers every day and are considered the most efficient in the world (Naparstek 2009), being fully separated from car traffic and connected to smaller shuttles spreading across all of Bogotá’s neighbourhoods. The famous ‘mayor of happiness’, Enrique Peñalosa, who launched the service two decades ago, has eventually become an international star in urban sustainability. He often attends Ted conferences, where he praises Bogotá’s buses as ‘democracy in action’, making public transport accessible to all social strata (Peñalosa 2013).

With increasing rates of urbanisation, cycling is also a means to make the Colombian capital more liveable. Bogotá’s reputation as a bike-friendly city dates to the late 1990s, with bicycle use increasing from 0.5% of daily trips in 1996, before the construction of the first bikeways, to 6% in 2014. Bogotá currently has 392 km of bikeways (Verma, Valderrama, and Pardo 2015). Finally, the most well-known of Bogotá’s cycling policy initiatives is Ciclovía, a weekly mass-ride event which attracts about a million people of all ages and income levels and for which over 120 kilometres of avenues and streets are closed to automobiles between the hours of 7am and 2pm (Vivanco 2013). Unfortunately, due to the general elections taking place, the Ciclovía got cancelled during my staying there, so I missed the street parade. Despite these developments, car traffic and levels of pollution are notoriously bad, while vehicle ownership in the city has increased by 100% over the past fifteen years (my own observations, Castañeda 2016).

All of the information above comes from literature briefly explored before arriving to Colombia. While some of these authors are critically examining the mobility innovations in Bogotá, most of the accounts tend to obscure the unequal geographies of these developments, together with the social exclusions that they engender. Mobility interventions in Latin America have oftentimes proved to be highly uneven and their role in shaping the urban form has had unequal and unjust socio-economic outcomes for different population groups (Blanco and Apaolaza 2018). The bus rapid transit system TransMilenio in Bogotá, in particular, despite hailed as a success story of quality and social inclusion in its early years (Montgomery 2013), has also been shown to negatively impact upon the peripheral districts of the Colombian capital (Vecchio and Rodriguez 2018; Vecchio 2017).

Less celebrated than TransMilenio, the city’s cycle network is equally popular, with levels of cycling that should make jealous any aspiring cycling city in the West. I used a bicycle for the ten days spent in the city and, despite the chaotic traffic, I managed to be more effective than riding the TransMilenio. But what struck me the most was the diversity of cycle users. In Bogotá, the bicycle is not a poverty index, as one might think, nor does it necessarily operate as a gentrifying and neoliberal vehicle for the ‘creative class’, as it is often the case in the Western world (Stehlin 2015; Spinney 2016). On the contrary, it is essential for everyday life, and not only for transport.

Men and women use solid cycles to ferry merchandise and sustain their small businesses, and so do the pedicab drivers, a local initiative to which I will return shortly. One local woman tells me that the city becomes even less dangerous by bike, particularly late at night: ‘I can take shortcuts and cycle on side streets, where the risk to get assaulted or robbed is far smaller than on the main avenues’. Interestingly, the segregated cycling infrastructure, far from offering adequate levels of safety, caters for a variety of needs amongst the locals. As one student noticed, ‘in many cases, the bike paths become a fertile environment for others to use, such as the recyclers who often push their carts on these routes in order to be more secure’.

The most striking low-key innovations I have come across in Bogotá, which hardly get mentioned by those praising the best practices that the city offers in terms of mobilities, are the pedicabs. These bicycle taxis, which are three-wheeled manually powered cycles, provide low-cost, non-polluting mobility while serving as an important source of employment in cities around the world, and Bogotá makes no exception. While most of them are unregulated if not straightforwardly illegal, pedicabs are an ideal feeder service to bus rapid transit system stations, especially for short trips and on streets that are too narrow for buses (ITDP 2018).

Thus, where the TransMilenio network cannot reach, the Colombians are improvising. Close to the bus stations located outside the city centre, an army of bicycle rickshaws, called bicitaxis, are carefully aligned, waiting for customers. I got into one bicitaxi, somewhere in the Kennedy residential neighbourhood. For 1,000 pesos (£0.3), I was jolted for ten minutes by a young man who does not earn more than ten pounds per day. Around five thousand such taxis, the majority motorised and operated illegally, patch the TransMilenio network, but the municipality is planning to ban them (Rapp 2017)

The informal cycling mobilities and economies of Bogotá certainly deserve a fully-fledged academic research, rather than a mere ten-days immersion in a completely new city. What is nevertheless clear is that the Colombian capital proposes a different definition of what smart and innovative urbanism is. This disorderly, informal and ingenious urbanism of Bogotá deserve a closer inspection. For it can provide an alternative framework for what is called today urban development.

I would like to thank Derly Sánchez Vargas, Oscar Javier Maldonado Castañeda and Javier Guerrero for their warm invitation and welcoming in Bogotá, as well as the Centre for Mobilities Research at Lancaster University, who kindly provided me with the GoPro video cameras to organise the workshop at the Universidad Nacional de Colombia.

Cosmin Popan is a Sociologist at Manchester Metropolitan University, working on a project on competitive cycling and women participation. His areas of interest are mobilities studies, utopianism and de-growth and has a particular interest in embodied and sociable mobilities, mobile research methods and (auto-)ethnography. His upcoming book is titled Bicycle Utopias. Imagining Fast and Slow Cycling Futures (Routledge 2019).

Castañeda, Paola. 2016. “The Politics of Conviviality Mobility and the Right to the City in Bogotá’s Bicycle Advocacy.” MA thesis, Oxford: University of Oxford.

Spinney, Justin. 2016. “Fixing Mobility in the Neoliberal City: Cycling Policy and Practice in London as a Mode of Political–Economic and Biopolitical Governance.” Annals of the American Association of Geographers 106 (2): 450–58.

Stehlin, John. 2015. “Cycles of Investment: Bicycle Infrastructure, Gentrification, and the Restructuring of the San Francisco Bay Area.” Environment and Planning A 47 (1): 121–37.

All photography thanks to Cosmin.

Cosmin Popan is now in Sociology at Manchester Metropolitan University. His PhD thesis investigated the possibilities for everyday urban cycling to become a socio-technical system that replaces automobility. This exercise requires two necessary conditions: a utopian vision and a de-growth agenda. 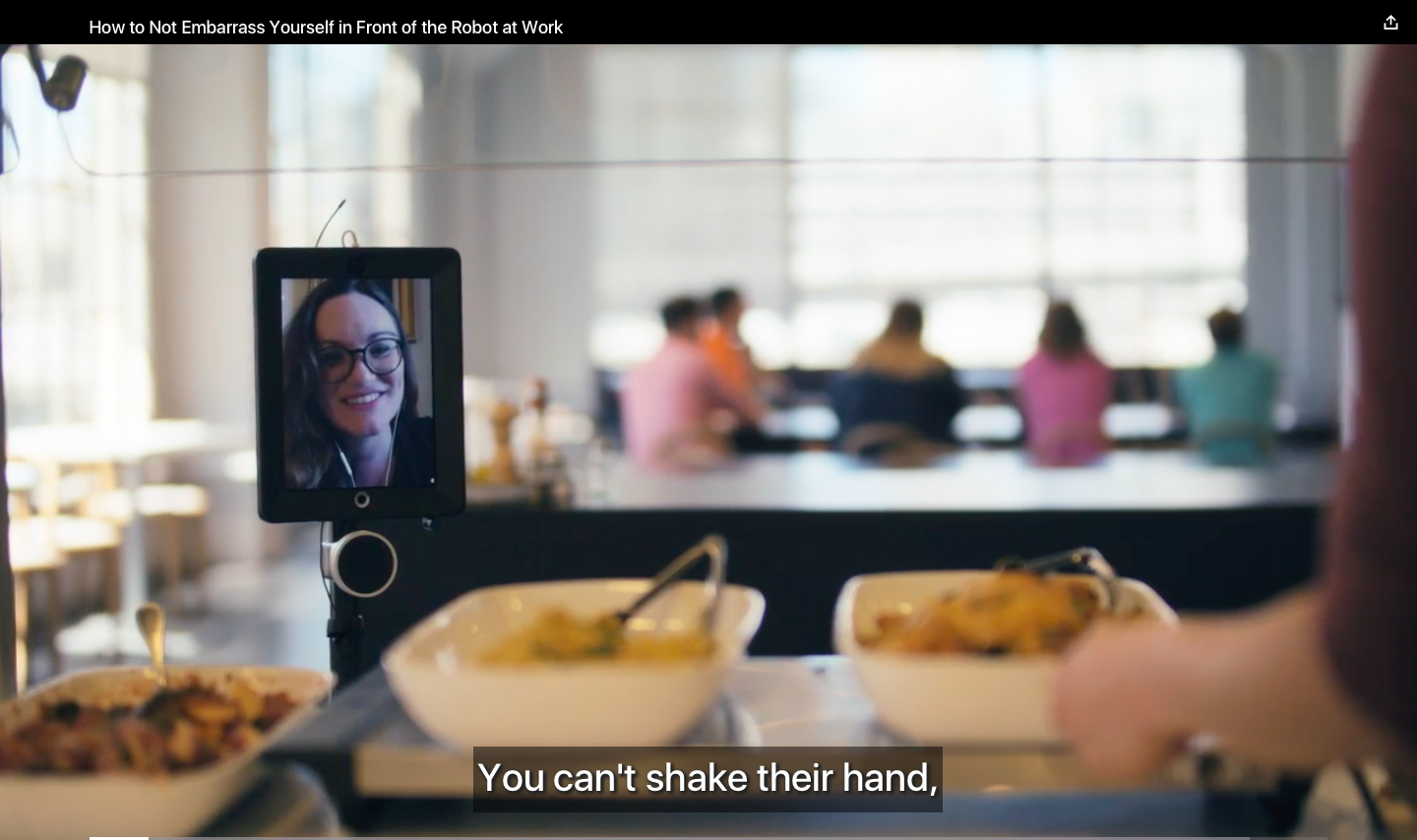 Be a Robot for Breakfast

Transport in the Media

Making IT personal: Monika Buscher and Lixiong Chen at ISCRAM 2019