On 25-28th July, the 2018 EASST conference will take place at Lancaster University in association with Lancaster’s Centre for Science Studies and Sociology. Call for papers is currently now open and you can visit the conference site here.

The theme of the conference will be ‘meetings’.

Our conference theme promotes generative mixing through meetings in all senses of this word: as a practical activity, a substantive topic, a political engagement and as theoretical exploration. By doing so, we hope to open up ways to imagine how things within STS and in our social and political lives can be otherwise. – EASST

Many of the conference’s strands feature panels that resonate with mobilities studies, including the panel ‘More-than-Human Mobilities’, convened by Cemore directors, Monika Buscher and Jen Southern, and post doctoral researcher, Samuel Thulin.

More-than-human assemblages shape life in the ruins of capitalism and modernity. They are made in and through movement, blocked movement, immobilities. A deeper understanding of their im|mobilities can be a source of creativity and hope. STS and mobilities researchers already share an interest in how flows, rhythms and stoppages of particulates, microbes, humans, animals, technologies and environments on the move reveal and produce encounters and assemblages of more-than-human actors and knowledges.

This panel leverages the post-disciplinary momentum of STS and mobilities research to study more-than-human entanglements. Understanding a world in movement requires a methodological flexibility and a capacity to tune in to different ways of knowing. In this panel we develop a practice of resonance as an approach to inter- or post-disciplinary analysis and creative, affirmatively critical ‘worlding’ with more-than-human mobilities. Resonance describes processes of filtering – amplification and muting – that occur when more-than-human assemblages come together and when they are the subject of analysis or ‘design’. Like Barad’s (2007; 2014) work on diffraction, resonance draws connections between physics and the social world, operating as a way of rethinking and re-doing research practices and more-than-human assemblages by focusing on how methods, knowledges, and phenomena interfere with one another as understandings are negotiated and performed collaboratively.

The panel will explore resonance, consonance and dissonance as phenomena, methods, and methodologies; drawing attention to ‘discords’, situated knowledges, reality disjunctures, practices, spaces, temporalities of care. Rejecting ‘solutionism’ (Morozov 2013), we approach resonance as a way of “staying with the trouble” (Haraway 2016).

(A19) Sensing Security. Sensors and the Making of Transnational Security Infrastructures
More about this panel>>

“In our session we want to explore the role of sensors and data infrastructures in the construction and interpretation of changing local and global socio-technical environments related to the interplay of sensing and (algorithmic) sense-making in various security domains.”- EASST

Amongst other topics, this panel seeks to explore smart borders or body scanners as means to control migration flows.

(A28) Socio-technical encounters in the city: Urban spaces, data infrastructures and new modes of civic engagement
More about this panel>>

“With the increased availability of digital technologies that produce data on cities and city life, modes of moving and acting in cities change; new modes of civic engagement emerge. This panel explores the creative and at times disruptive appropriation of urban public spaces.”- EASST

This panel will ask questions such as ‘How do the bodies’ movements in cities change through the digitalization of urban spaces?’ and ‘How does urban planning respond to these transformations?’

(C17) Moving Together: Problematizing the makings of togetherness
More about this panel>>

“This panel asks how the mobilities of people, animals, ideas, technologies, sciences, data or algorithms engender utopian and dystopian togetherness. Togetherness is engineered on an everyday and ongoing basis: sharing spaces and infrastructures of living and travelling; arranging, negotiating or contesting digital presence; self-organisation for crisis response; organising meetings for open data- and technology-making; planning and governance that have more-than-urban and planetary consequences; digitally augmented herding of animals for efficiency and productivity; etc. Further, moving together is relational: the moving together for some might lead to the the disassociation of others.”- EASST

This panel will explore topics such as ‘practices of confluence, collaboration and intersection in diverse settings’ and ‘inclusion, exclusion, movements and stillness that make togetherness’.

(A30) Meeting Alternative Energetic Materialities
More about this panel>>

“This panel invites explorations of the engagements with alternative energetic materialities in the encounters of technological, informational and (more-than-) human bodies in and across a range of sites.” -EASST.

One of the ‘renewable’ energy installations that might be discussed could include energy walking.

(B08) From A to B: Orders and Disorders of Routing and Navigation
More about this panel>>

“This panel addresses contemporary practices, knowledge, devices and systems of routing and navigation in movement of all kinds. How does an assemblage of people and the systems they build destine humans and things along some routes and not others? Routing creates a certain flow of traffic, influences associations, reshapes existent networks of movement and stabilizes others.”  -EASST.

This panel will be convened by Lancaster’s Adrian Mackenzie and Paula Bialski (Leuphana University Lüneburg).

“In Europe, policy decisions dictated by executive powers after 9/11 have enabled new national and transnational surveillance and border biotechnologies to take shape in the name of controlled migration and preventing crime and terror. What publics are shaped and enacted by these technologies and how can we study them by mobilizing the conceptual and methodological repertoire of STS?” -EASST.

How will movement of people change as surveillance and border biotechnologies evolve? 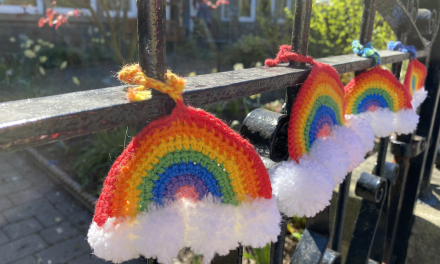 Mobility Point, or, Mobility for a Study of Vagrancy

Mobilities special issue: Mobility and the Humanities by Pete Merriman and Lynne Pearce