Alison Findlay is Professor of Renaissance Drama and Director of the Shakespeare Programme in the Department of English and Creative Writing. She specialises in sixteenth and seventeenth century drama and early modern women's writing.

At Undergraduate level she supervises final year dissertations and teaches on the Part II Shakespeare and Renaissance and Restoration courses and half units on gender and performance. She lectures on the Part I Introduction to English Literature course.

Alison has supervised postgraduate work at MA, MPhil and PhD level son Shakespeare, Renaissance drama, and early modern women's writing. She would be pleased to discuss proposals for research topics in any of these areasand can be contacted at the Department of English.

Alison Findlay 's specialist interests are in Shakespearean drama and women's writing of the sixteenth and seventeenth centuries. She is Chair of British Shakespeare Association and is currently working with Penshurst Place, Kent as project partner on 'Dramatizing Penshurst' an impact project related to Mary Sidney Wroth's play Love's Victory (1617).

Alison is the author of Illegitimate Power: Bastards in Renaissance Drama (1994), A Feminist Perspective on Renaissance Drama (Oxford, Blackwell, 1999), Women in Shakespeare for the Shakespeare Dictionary Series published by Arden (2010 and paperback 2013), Much Ado About Nothing: a guide to the text and play in performance (2011). She has co-edited Twelfth Night: Critical Essays, with Liz Oakley-Brown in the Department of English (2014) and Shakespeare and Greece, with Dr. Vassiliki Markidou, University of Athens (2017), both published by Arden. She is editing and expanding Volume 9 of Bullough's Narrative and Dramatic Sources of Shakespeare on The Romances, to be published by Routledge.

Alison has particular interest in feminist approaches to literature and drama in performance, including practical work on dramatic texts. She is co-author of Women and Dramatic Production 1550-1700 (Harlow: Pearson Education, 2000), and Playing Spaces in Early Women's Drama (Cambridge University Press, 2006). She is dramaturg and co-director of the all-female Rose Company http://www.rosecompanytheatre.com/ She is currently co-editing Lady Mary Wroth's play Love's Victory (c1646-19) with Philip Sidney and Michael G. Brennan and disseminating work on Shakespeare's 'sisters' or female contemporaries with a focus on site-specific performance via the impact project Dramatizing Penshurst: Love's Victory and the Sidneys http://wp.lancs.ac.uk/shakespeare-and-his-sisters/penshurst-place/

For several years Alison has been working on performance with the Australian Centre for the History of Emotions, giving talks and workshops centred on the New Fortune Playhouse at the University of Western Australia in Perth.

In 2016-17 Alison collaborated with colleagues from Denmark, Japan and California in an international network researching 'Trust and Risk in Literature' http://projects.au.dk/trust-and-risk-in-literature/ Following an ESSE funded grant-writing workshop, the group are preparing funding bids for 'Experiencing Trust and Rist in Early Modern England.'

As Director of The Shakespeare Programme Alison co-ordinated research into the Hesketh Collection of rare books. She has provided opportunities for final year undergraduates to work with professional actors on Shakespeare productions as part of their assessment. As Chair of the British Shakespeare Association, http://www.britishshakespeare.ws/ she leads the Association's work in promoting engagement with Shakespeare from academics, schoolteachers, theatre practitioners and members of the public via its publications, annual conference and regional events. She is a General Editor of the Revels Plays (Manchester University Press) and welcomes proposals for new scholarly editions, from established scholars or recently-completed doctoral students.

She co-directs Early Quakerism in the North West with Professor Hilary Hinds, Professor Meg Twycross, and Dr Clare Egan, focussing on the figure of George Fox and the emergence of Quakerism in the so-called "1652 country". Drawing on the Quaker Collection in the Library, Friends House, and other sources in the Society of Friends, the Quaker Project investigates the way in which early Quakers negotiated and colonised a series of distinctive spatial networks: the landscape, alehouses, marketplaces, mountain-tops, 'steeplehouses', safe houses, and prisons. A dedicated website will interlink newly-edited versions of key texts with biographical details, images, and interactive maps, using GIS.

Video of The Concealed Fancies

Video of Mary Sidney's The Tragedy of Antonie

Alison has supervised postgraduate work on Shakespeare, Renaissance drama, and early modern women's writing. She would be pleased to discuss proposals for research topics in any of these areas and can be contacted at the Department of English.

Rachod Nusen, 'Measure for Measure on Stage and Screen' (PhD)

My main research interests are in early modern drama and women's writing of the sixteenth and seventeenth centuries.

Alison would welcome proposals from potential doctoral students wishing to work on any aspect of Renaissance drama of the sixteenth and seventeenth century These could include a wide range of projects, from (i) single-author studies e.g. Shakespeare, Middleton, Jonson, Webster, Ford, Brome (ii) comparativestudies focussing on the work of two or more writers in a genre or topic (e..g. pastoral drama by Shakespeare, Fletcher and Lady Mary Wroth, public and private performance arenas in the work of Shakespeare and his contemporaries (e.g. Marlowe, Heywood, Jonson, Ford, Midlleton, Brome, The Sidney family circle; Elizabeth Cary, William Cavendish and his family circle) (iii) scholarly editions of plays from the periodby male or female dramatists(with the potential to develop a proposal to the Revels Plays) (iv) aspects of theatre history from the sixteenth or seventeenth centuries up to the present In connection with her co-direction of the Quaker Project, she would also welcome doctoral proposals from those wishing to study aspects of early quaker writing (either scholarly editing or broader discursive analysis, especially with relation to location). 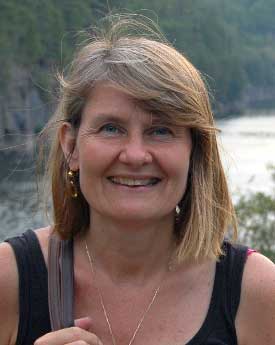