I teach undergraduate modules in narrative and new media and the novel / long form prose fiction. I teach MA modules in prose fiction, creative non fiction and the personal essay.

My main areas of interest are long prose fiction the short story and creative non fiction and the personal essay. My recent work has concentrated on the unreliable or limited narrator and on LDS fiction and on respresentations of the sick or traumatised self in memoir / the lyric essay and hybrid works. My last novel, Fell (2016), engages with ideas about healing, transformation, haunting and masculinity and I have recently returned to these themes in a book length collection of linked personal essays provisionally entitled Notes Made While Falling.

I am also interested in writing industries and new routes into publication for writers, collaborative working between writers, and the way writers and other creative practitioners work together. With this in mind, in 2013 I co-founded the writers' and artists' collective, Curious Tales, which allows practioners to work together to create, produce and deliver creative works. So far we have published the illustrated anthologies: The Longest Night: Five Curious Tales, Poor Souls' Light: Seven Curious Tales, Bus StationL Unbound, The Barrow Rapture and Congregation of Innocents: Five Curious Tales. I also co-write collaborative weird/uncanny/horror fiction with R. S Hirst (The Night Vistors, Plunge Hill Hospital, etc).

I studied English at Newnham College, Cambridge and took my MA in Creative Writing at the Centre for New Writing, Manchester University. I started my career in libraries, working at the Bodleian library, Oxford University as well as in public libraries and prison libraries in Lancashire as a chartered librarian with a specialist interest in reader development and writing industries work.

From there, I went on to become a freelance writer, literature development and project worker, setting up the Lancashire Writing Hub and developing other writing development projects across the North West.

I have lectured at UCLAN, held a Writing Research Fellowship at Manchester University's Centre for New Writing and most recently, joined the Department of English and Creative Writing here at Lancaster in 2011.

My first novel, A Kind of Intimacy, won a Betty Trask Award. On the publication of my second, Cold Light, I was featured on the BBC's Culture Show as one of Britain's 12 best new novelists. My third novel, The Friday Gospels was published in 2013. Fell was published in 2016. My collaborative work with Richard Hirst began in 2013 with the co-founding of the writers' and artists' collective Curious Tales: together we have published three anthologies of short fiction and two collaboratively written novellas.

My author profile at Sceptre

My current research projects include the development of a collection of lyric essays exploring trauma (specifically trauma related to or as a result of childbirth), ghosts, creative practice and religious experience. These essays will fuse literary criticism life writing, auto-fiction and critical reflection on form and process in an attempt to create a 'trauma aesthetic' and through criticism and practice combined, explore the process of representing a sickened or traumatised self through language.

Preaching to the Choir: Writing and Uncertainty in a Mormon Context

I am interested in seeing proposals on fiction - the novel / short story collections, creative non fiction - personal / lyric essays, memoir, autobiographies, creative/critical and hybrid forms. I am particularly interested in projects that engage with a 'sense of place' (including the no-place of cyberspace), first person fiction / non-fiction and the instability / unreliability this mode of story-telling engenders, projects that merge fiction with memoir and autobiographical writing or documentary, or ones which use epistolary forms. I am also interested in LDS fiction and fiction non/fiction that engages with religion and religious experience more generally.

Notes Made While Falling: reading and Q and A
Invited talk

The Not Quite Light Festival
Invited talk

'Collaborating with authors' at Time to Read
Invited talk

'Made in a Library' talk at the Libraries Matter launch event, Worthing
Invited talk

'The Courage to Write' - For Books' Sake
Invited talk

'Yours Sincerely: The Rise and Fall of the Letter'
Participation in conference

Fellow of the Royal Society of Literature
Election to learned society

Society of Authors Travel Scholarship
Prize (including medals and awards) 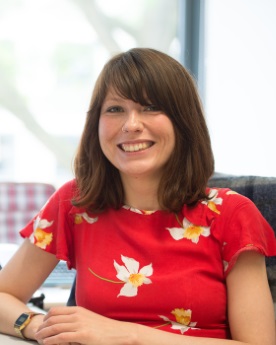 Summer term: office hours are by appointment only. Please email me.