My main areas of research are: post-criticism, or critical-creative writing; play-writing; modernism; Victorian writing; literary theory; and the relationship between religion and literature. These interests are reflected in my current book project, Ship of Names, which works on and around the figure of Walter Benjamin's estranged son Stefan, and my previous work - both my authored books: Derrida|Benjamin. Two Plays for the Stage [with Fred Dalmasso] (Palgrave), Paris Bride. A Modernist Life (Punctum), Hostage of the Word: Readings into Writings 1993-2013 (Sussex), The Late Walter Benjamin (Bloomsbury), Someone Called Derrida: An Oxford Mystery (Sussex), Arthur Hugh Clough (Northcote House), Queer Fish: Christian Unreason from Darwin to Joyce (Sussex), Victorians in Theory (Manchester UP), and The Reader in the Dickensian Mirrors (Macmillan); and my edited books: Dickens Refigured (Manchester UP); Thomas Hardy, A Laodicean (Penguin); Writing the Bodies of Christ (Routledge); Crrritic! (Sussex); and life.after.theory (Continuum). This last book included new interviews with Jacques Derrida, Frank Kermode, Toril Moi, and Christopher Norris. I have also been General Editor for a series of experimental monographs called critical inventions - the series includes titles by Thomas Docherty, Roger Ebbatson, J.Hillis Miller, Kevin Mills, David Punter, Michael Wood and Jean-Michel Rabaté.

My most recent book Paris Bride. A Modernsit Life (2020) is an experimental biograhy mixing history, archive, fact, fiction, mystery, and a play of voices and (mis)readings. It begins in July 1905, in Paris, with a young woman, a bride, who becomes Marie Schad. In April 1924, however, in London, Marie Schad is declared to be no more - indeed, to never have been, and returns to France. Paris Bride pursues this no-woman in a wild attempt to glimpse her face in the modernist crowd. With increasing desperation the pages of Stephane Mallarmé, Oscar Wilde, Franz Kafka, Virginia Woolf, Katherine Mansfield, Louis Aragon, André Breton, and Walter Benjamin are all ransacked for traces of Marie. What is pieced together is an experimental life - a properly modernist life, a life that, by its very obscurity, lives the obscure life of modernism itself.

My 2012 book, The Late Walter Benjamin, takes the form of novel but concerns a man on a post-war council estate near London who thinks or says he is the late Walter Benjamin and who only ever uses the words of Benjamin. The opening scenes were read and discussed on BBC Radio 3's The Verb in January 2009, the book was launched in June 2012 at the Watford Palace Theatre, and further readings were given as part of the ‘Ideas Allowed’ series in Hull and the Greenbelt Festival. I have since adapted the novel for the stage, as 'Nowhere Near London,' and received funding for a professional staging of a 60-minute version of the play at the Watford Palace Theatre Drama Studio in July 2014. In July 2016 there was a 90-minute version of the play professionally performed in the Palace Theatre main auditorium.

My previous book, Someone Called Derrida (Sussex, 2007), was a novelistic combination of traditional archival scholarship with memoir, investigative history, detective fiction, and Oxford; it is, in a sense, a book that explores the space between critical and creative writing. I received funding to adapt (with Frederic Dalmasso) Someone for the stage, as 'Last Train to Oxford,' with professional performances at the Sheldonian Theatre, Oxford Playhouse, Duke's Theatre Lancaster, the Ortus, London, the Hay-on-Wye HowTheLightInGetsIn Festival and the Faculty of English, University of Cambridge – see http://collect-ifs.org/category/performances.

In June 2009 I organised a conference called 'The Critic as Artist / The Artist as Critic' which sought to explore what it might mean to fuse literary criticism and creative writing - or, if you will, the work of the critic and that of the artist. This led to my co-edited book Crrritic! Sighs, Cries, Lies, Insults, Outbursts, Hoaxes, Disasters, Letters of Resignation, and Various Other Noises Off in These the First and Last Days of Literary Criticism (2011). This is the concluding volume in my critical inventions series and includes new writing by Jonathan Dollimore, Steven Connor, Mark Ford, Geoffrey Hartman, Esther Leslie, et al as well as a prize-winning essay by Kevin Mills. My contribution to this volume was called 'GodotOnSea,' which focuses on the 1956 production of Waiting for Godot at The Grand Theatre Blackpool. The opening of this chapter was read and discussed on BBC Radio 3's The Verb in April 2011.

In 2011 I completed a dramatic monologue called 'Queerest Book' that revolves around Robert Bridges' 1918 edition of The Poems of Gerard Manley Hopkins; this was published as a guest piece in Literature and Theology in 2012 with a preface by Mark Knight. In 2012 I completed another critical-creative text called 'Our Lives, Mrs Dalloway’ which was read and discussed on BBC R3’s ‘The Verb’ in June 2012 and appeared in my book, Hostage of the Word: Readings into Writings, 1993-2013 (Sussex). I have since completed a book entitled John Schad in Conversation (De La Salle University Press) as part of a series including conversations with Christopher Norris, Jonathan Dollimore, Catherine Belsey, and Derek Attridge. I am now co-editing (with Simon Palfrey (Oxford), Katherine Craik (Oxford Brookes) and Joanna Picciotto (Berkeley)), a series of new critical-creative books called Beyond Criticism – Boiler House Press is now the publisher.

In 2010 I applied successfully to Leverhulme for funding to bring Simon Critchley of the New School, New York, to Lancaster as a Leverhulme Visiting Professor in Michaelmas Term 2012

I recently completed almost five years as Research Director, followed by three as Head of Department.

Having supervised several PhD students to successful completion, I welcome research proposals in any of my areas of interest, including creative writing. Three of my current PhDs are AHRC funded, and a fourth has both a Lancaster Scholarhip and SSHRC Funding from Candaa.

Hostage of the Word

Writing the Bodies of Christ

The Reader in the Dickensian Mirrors

My main areas of research are: post-criticism or critical-creative writing; post-criticism; Modernism; Victorian writing; literary theory; and the relationship between religion and literature. 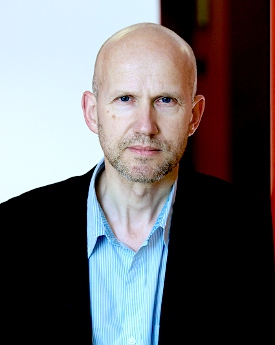