Professor of Literature and Media

Kamilla Elliott grew up in the UK, moving to the US after A levels. She received her B.A. in Mass Communications and Theatre from the University of Colorado in 1980 and pursued postgraduate studies in film at Boston University from 1981-82. After working in elder care and health research, she returned to academia in 1989, earning an A.L.M. degree through Harvard's adult education programme in 1991. From there, she entered Harvard University, where she completed a Ph.D. in English and American Literature and Language in 1996. She taught Victorian studies and interdisciplinary literature/film studies at the University of California at Berkeley from 1996-2004. During that time she published research on literature and film, including Rethinking the Novel/Film Debate (Cambridge UP, 2003).

At Lancaster University, she has continued to write and speak on intermedial adaptation theory and practice. A monograph, Theorizing Adaptation, is forthcoming from Oxford University Press in 2020. Much of her recent research addresses intersections between British fiction and the rise of mass picture identification from the late eighteenth century to 1918. Her monograph, Portraiture and British Gothic Fiction: The Rise of Picture Identification, 1764-1835, was published by Johns Hopkins University Press in 2012. She is researching a sequel, British Victorian Fiction and the Rise of Picture Identification, 1836-1918.

I am interested in supervising interdisciplinary projects based in British literature and culture from the late eighteenth century to the end of the nineteenth century, especially interdisciplinary projects involving literature's relation to other media (painting, photography, theatre, film, television, new media, etc.). I am also interested in supervising projects dealing with the theory, history, and rhetoric of adaptation in the humanities more generally.

The progress of Victorian picture identification: A blessing or a curse?
Invited talk

Facial Inscription in the Works of Charles Dickens
Invited talk

Authors and the World Symposium
Participation in conference

Film Adaptation: A Dialogue among Approaches
Participation in conference

Liberty and Its Histories: A Symposium with Quentin Skinner
Participation in conference

Adaptation: A Dialogue Between the Sciences and Humanities
Invited talk

Journal of Adaptation in Film and Performance (Journal)
Editorial activity 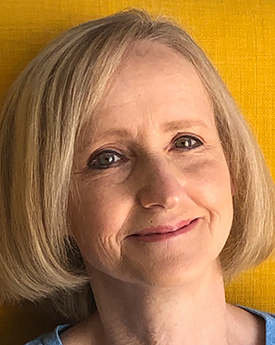 Please see the Department of English and Creative Writing website for my current office hours or e-mail k.elliott@lancaster.ac.uk.