I specialise in post-1948 SWANA literatures, notably of the Arab world (including North Africa) in the global Anglosphere and within postcolonial literary studies. My work foregrounds gender, heritage, post-nationalism, new speculative genres, circulation and consecration, and environmentalism, and explores the relationship between creative expression and (post)national – including Islamist, post-‘Arab Spring’ and sectarian – ideologies. I work with material in English, French, and in translation from Arabic.

I am currently co-authoring (with Nadia Atia) Global Literature and the Middle East: Twenty-First Century Arab Perspectives in English, commissioned for Routledge’s new Twenty-first Century Global Literature series (forthcoming 2023). The book contextualises the rise, in the last two decades, of post-millennial Arab literatures in the Anglosphere. It covers writers in English as well as in translation from Arabic, and emphasises the politics of translation, circulation, and reception, in chapters on the international literary prize economy, violence, minoritarian cosmopolitanism, sexuality, speculative fiction, and digital genres.

My second monograph, Narrating Postcolonial Arab Nations: Egypt, Algeria, Lebanon, Palestine came out with Routledge in 2018. This book returns postcolonial studies to some of its formative contexts and enjoins it to account for the Arab world. I bring together canonical and less familiar Arab novels and memoirs from the last half century to consider colonial continuities and consequences, literary productions of hospitable nations, and histories that produced twenty-first century Arab uprisings.

Islamism and Cultural Expression in the Arab World, co-edited with Abir Hamdar, was published by Routledge in 2015. As the first collection to explore creative responses to political Islam, it brings together international scholars from Middle Eastern and postcolonial literary, film, and cultural studies. We draw out trends and tensions in the representation of Islamism to Arab and other audiences, analyzing Islamist themes, types, tropes, structures of feeling, projects, and perspectives, as well as Islamism’s national, regional, international, classed, and gendered dimensions. The book foregrounds an ongoing struggle for symbolic power in the Arab world and was informed by the AHRC/ESRC-funded research project Islamism in Arab Fiction and Film.

My first book, Arab, Muslim, Woman: Voice and Vision in Postcolonial Literature and Film came out in 2008, also with Routledge. It was one of the first monographs to bring together a wide range of Anglophone, Francophone and Arabophone women writers, filmmakers, and other visual artists, emphasizing a continually contested politics of representation.

I was the Principal Investigator of the AHRC-funded project 'Islamism in Arab Fiction and Film, 1947 to the Present' (with Abir Hamdar), 2009-2010. http://www.lancs.ac.uk/fass/projects/islamism/index.htm

I am currently Director, with Dr Charlotte Baker (Department of Languages and Cultures) of the Centre for Transcultural Writing and Research, http://www.transculturalwriting.com

I am interested in receiving high quality proposals from prospective PhD students in the following areas: -Modern Arab literature in the global Anglosphere -SWANA literature in English, French or translation -Palestinian, Lebanese and 'Levantine' literatures -Postcolonial theory and the Arab world -Migration/diaspora literature 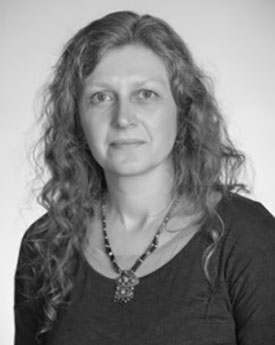