My original research specialism is in nineteenth-century Literature (Romantic and Victorian) with a particular interest in spatial and material forms of interpretation. My traditional disciplinary expertise is in Wordsworth and in the study and interpretation of manuscripts. However, I am also interested in the Digital and Spatial Humanities and in new ways of understanding the spatial meaning of literary texts. Here I work in more interdisciplinary ways across the fields of literature, cartography and geography. I want to think about the relationship between mapping and reading for meaning-making and the ways in which cognitive mapping can help us understand literature anew. I am PI on two digital projects that explore such questions: Chronotopic Cartographies and Litcraft.

At Lancaster, I normally teach on the second year British Romanticism core course which runs for 22 weeks right across the year. In the third year I teach a number of specialist half unit courses drawing on my research expertise, including: "Victorian Popular Fiction" and "Where Do Poems Come From?" At graduate level I teach on the MA in Romantic and Victorian Studies with a module called "On Location in the Lakes" and one entitled "Place; Space; Text". I also supervise PhD projects on Romanticism, textual criticism and space and place in poetry.

My research seeks to open up new modes of interpretation for the literary work by enlarging the focus of literary criticism from interpretation of semantic content onto comparative understanding of other aspects of the literary work in ways that not only illuminate traditional models but, potentially, re-determine them. I am also interested in future ways of reading and spatialising literature through the digital medium and am PI on a major (£900,000) AHRC project: “Creating a Chronotopic Ground for the Mapping of Literary Texts” (2017-2020) which enables the generation of a map or spatial visualisation out of the text itself for any work of literature (with or without real-world correspondence) and adapts gaming platforms to create new ways of reading literature in digital space that combine text and image in an iterative way.

Loren Cafferty, "Wordsworth and the Development of Moral Poetry." (MA by Research 2002-3).

Zoe Bolton, "Travel and Textuality: Representations of Place from Gray to Byron" (PhD 2005-09).

I am interested in receiving proposals from doctoral students in two main areas that form the focus of my own research. These are: explorations of draft materials and process in relation to Romantic and Victorian writers and poets; projects concerned with literary geography or literary mapping in the same period. I am also interested in digital projects centred on these same fields. More traditionally I am able to supervise projects on Romantic writers, particularly Wordsworth, or on the region of the Lake District. 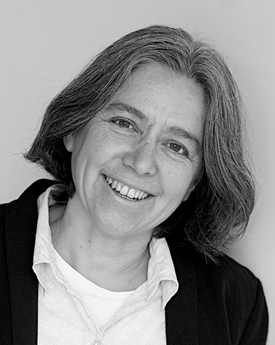