My first book Urban Gothic of the Second World War (Palgrave, 2010) examines home front literature and internee writing of the Second World War, arguing that the Gothic mode of representation marks moments of fracture in the national mythologies of wartime homes, cities, capital, and fellowship. I put wartime writing in dialogue with theory that examines the processes of nation-formation and modernity, particularly post-imperialist and post-structuralist readings of nation as a narrative construct. I write specifically against the twin tendencies that continue to prevail in representations of the Blitz: the tendency in popular culture to romantically oversimplify the home front as site of sturdy camaraderie, and the trend in literary criticism to approach home-front war experience within a therapeutic paradigm privileging psychological resilience. Instead, I believe it is vital to acknowledge the marginalised primary sources that present the home front nation as a site of trauma and structural exclusion, particularly in the experience of home front refugees.

The monograph won the International Gothic Association’s Allan Lloyd Smith Award for advancing the field of Gothic Studies. It was also short-listed for the ESSE Cultural Studies Award category A.

The monograph has also been widely cited in academic research internationally, and was widely reviewed and praised in journals from a wide range of disciplines, including: Psychoanalysis, Culture & Society; Horror Studies; The Irish Journal of Gothic and Horror Studies; The Review of English Studies; The Literary London Journal; Urban Geography, the academic website The Gothic Imagination at Stirling University and the German journal Zeitschrift für Anglistik und Amerikanistik. Edwina Keown in the Irish Journal of Gothic and Horror Studies described the book as ‘a must read for anyone interested in twentieth-century Gothic, urban Gothic, and the after-life of the fin-de-siècle Gothic’. Phyllis Lassner in The Review of English Studies writes that the monograph ‘successfully reveals the rich possibilities of using the Gothic mode as a method of analysing wartime fiction and by extension, of twentieth-century cultural production’. Professor Avril Horner of Kingston University wrote, ‘Wasson’s use of unpublished archival material makes reading this book an intensely moving as well as intellectually stimulating experience’. In the international journal Psychoanalysis, Culture and Society, Heather Nunn wrote ‘Wasson’s is a rich text that ends with a powerful plea for a resistance to tidy closure and to political strategy that advocates mourning as a collective response to collective loss and pain’. The book also drew attention in the non-academic press, with Times columnist Richard Morrison drawing on it as an illuminating historical comparison with the London riots: he calls my monograph ‘a fascinating book in which [Wasson] traced the psychological effects of the Blitz, using the observations of 1940s British writers and artists’. The Scotsman described the book as ‘a groundbreaking re-interpretation of the lingering effect of the Blitz’.

My second research strand examines late 20th and 21st-century Gothic science fiction and film through a medical humanities lens, specifically considering how this genre fiction represents troubling mutations of biomedical practice under the pressures of late capitalism. These genre texts also offer provocative challenges to existing theorisations of the body and posthumanist discourse. Much of my work examines literary and cinematic representations of organ transplantation, and as always I am motivated in this research by the way that this topic raises urgent ethical issues around collective and individual trauma and the ethics of witness. In a similar vein, I have published work examining literary engagements with contemporary genetics and the experience of ‘pre-vivors’, people ‘diagnosed’ with a risk for developing particular disease: I examine how their experience hinges on a struggle to reclaim a sense of narrative agency from a particular medicalised telos.

My work in medical Gothic has been cited and reviewed internationally, and in 2015 I was commissioned to be Guest Editor for the international journal Gothic Studies for a special issue identifying potential future conjunctions between Gothic criticism and emerging medical humanities scholarship.

I also co-edited the collection Gothic Science Fiction 1980-2010 (Liverpool University press, 2011), which examines moments of fracture in narratives of modernity, specifically in discourses of nation, capital and medicine. This collection has also been widely reviewed and praised in international journals, including Science Fiction Studies,Science Fiction Film and Television, the Canadian journal Ariel: A Review of International English Literature hosted at Calgary, and the French journal Belphégor : Littératures populaires et culture médiatique. Writing in Ariel: A Review of International English Literature, for example, Stefania Forlini describes this as ‘a timely collection of eleven essays on works that combine the “disturbing affective lens” and “confined or claustrophobic environment” of the Gothic mode … with the cognitive estrangement of science fiction to explore the troubled boundaries of bodies and nations in the last three decades. … [T]his is an admirable collection of essays that points to a renewed and refreshing critical focus’.

I am a permanent member of the International Gothic Association’s prize-awarding committee selecting forthcoming work. I have collaborated with a local secondary school on a project using Young Adult Gothic fiction, have been invited to speak at a science-fiction fan conference, and have collaborated with colleagues on a museum/art gallery project called Robot Visions, which examined the afterlives of repurposed artefacts, technological obsolescence and its environmental impact. In the media, my work has been invoked in the newspapers the Times, Scotland on Sunday, the Scotsman, and The Journal, and I contributed to a BBC Scotland radio broadcast examining cultural practices around Halloween. I have co-organised two conferences: a graduate student conference on Gothic Science Fiction held at Edinburgh Napier, and a conference on Urban Gothic held in Liverpool.

I am passionate about collaboration, and would be delighted to hear from anyone wishing to collaborate in any of my fields of interest.

I would be delighted to hear from prospective PhD students interested in working on the Gothic, science fiction, medical humanities, trauma theory, or Second World War literature.

Public reading/talk as part of the book launch for Uncanny Bodies (Luna Press, 2020), to which I contributed a chapter titled ‘Pain’s Uncanny’.
Public Lecture/ Debate/Seminar

Placements to Enhance Employability in English, and Motivated vs. Transferable Skills
Oral presentation

Invited speaker at Linnaeus University, Sweden, for a workshop on Gothic and the Anthropocene (June 2019). My paper title: ‘An Erotics of Nonhuman Encounter: Caitlín R. Kiernan and Queering the Weird’.
Other

Interviewed for an article on fan theories, '‘The Impossible Problems and Endless Opportunities of Fan Theories’
Other

Served on the Judging Panel for a poetry competition for the charity Our Minds Leeds.
Other

‘Interrogating Medicine: A Podcast on Humanities and Pain’
Other

Guardian interview. ‘Twilight forever: how superfans kept the vampire critics at bay’
Other

‘“Flash” future? The Potential of Fragments and Short-Form Writing in the project Translating Chronic Pain’. NNMHR: Northern Network Medical Humanities conference (NNMHR), at the University of Leeds. This is an annual conference with international reach
Other

‘Transplantation Metaphors and “Future”-Making in State Discourse and Science Fictions Of Vulnerable Donors’. Northern Network Medical Humanities conference (NNMHR), at the University of Leeds.
Other

Narrative and the Uncanny
Invited talk

‘Before Narrative’: podcast for the British Medical Journal BMJ Blog.
Other

Led an AHRC-funded Creative Writing Workshop in Manchester
Other

Collaboration with Museum of London: Perspectives of Destruction
Festival/Exhibition/Concert

Recalcitrant Flesh: Organ Transfer and the Struggle for Narrative Control in Text and Film
Oral presentation

The Twilight Saga and the Pleasures of Spectatorship: The Broken Body and the Shining Body
Oral presentation

Sara Wasson's monograph Transplantation Gothic was shortlisted for the British Society of Literature and Science book award.
Prize (including medals and awards) 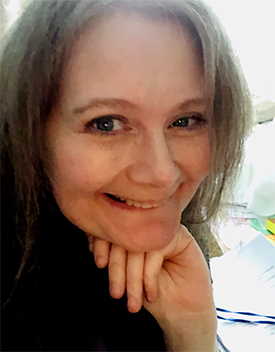