My main research interests are in the relations between the literature, science and medicine of the Romantic period, 1780-1820. My first book, Shelley and Vitality (Palgrave Macmillan, 2005), explored the medical and scientific contexts which inform Shelley's concept of vitality in his major poetry. In 2010 I published Romanticism: An Introduction (Continuum). in 2013 I published Creating Romanticism: Case Studies in the Literature, Science, and Medicine of the 1790s (Palgrave Macmillan, 2013). With Tim Fulford, I co-edited the Collected Letters of Sir Humphry Davy, published in four volumes by OUP in 2019. The Science of Life and Death in Mary Shelley's Frankenstein will be published in the spring of 2021 by the Bodleian Library Press.

2009–2013: University of Salford: Chair in Nineteenth-Century Literature and Culture

Society for the History of Chemistry and Alchemy (SHAC) (January 2010): £1000. Project: The Collected Letters of Sir Humphry Davy and his Circle

British Society for the History of Science Grant (October 2009): £500. Project: The Collected Letters of Sir Humphry Davy and his Circle

AHRB Research Leave to match institutional leave granted by University of Wales, Bangor (September British Academy Small Research Grant for research in the British Library and the Wellcome Institute for the History of Medicine (February 2004): £2871

British Academy Small Research Grant for research during the summer of 2003 in the British Library and the Wellcome Institute for the History of Medicine (January 2003): £2668

I am Head of the English Literature and Creative Writing department.

The Collected Letters of Sir Humphry Davy (to be published in four volumes by OUP in 2020). The project website is here: http://www.davy-letters.org.uk/

Interview with Keats-Shelley Association of America on Shelleys and Chemistry (2017): https://k-saa.org/shelley-conference-sharon-ruston-on-chemistry-and-the-shelleys/

Vox: The real experiments that inspired Frankenstein (May 2019): https://www.vox.com/videos/2019/5/10/18564319/real-experiments-inspired-frankenstein-history-club

Fellow of the Higher Education Academy (from 2015)

The Future of Human Reproduction: new agendas and methods for the Humanities and Social Sciences
01/01/1900 → …
Research 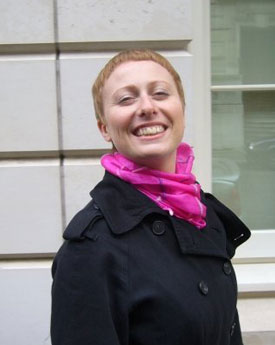