My research falls under two headings: landscape and environmental history, particularly of upland areas; and the local and regional identity in northern England, especially Cumbria. The focus of my work lies at the interface between past human societies and their environments at local and regional level, using Cumbria and elsewhere in northern England as the laboratory in which to explore questions and test hypotheses. My particular interests are the appropriation and exploitation of land in the medieval and early-modern periods and I am keen to offer a distinctive upland and northern perspective to balance the predominantly lowland, southern models of rural landscape history.

Much of my recent work has been on the history of resource management on common land and, in particular, the role of manor courts. My study of manor court byelaws and the management of common land, published as The Harvest of the Hills (2000),led on to further work on the records of manorial administration, including the Cumbrian Manorial Records Project and a sister project in Lancashire. My work on common land was developed further in the 'Contested Common Land' project, a major project in collaboration with Newcastle Law School from 2007 to 2010, which formed part of the AHRC Landscape & Environment Programme. A successor project in 2012-13, the 'Building Common Knowledge' project, sought to engage local communities in gathering evidence about the recent history of commons in England and Wales. For several years I have been gathering Village Byelaws, building a corpus of byelaws from medieval and early modern northern England in order to analyse environmental management strategies by local communities, and to enable comparisons with byelaws from elsewhere in Britain and continental Europe. This links to another project in retirement, writing a book on the history of common land in Britain.

Another strand of my research focuses on the history of Cumbria. In particular, I have prepared scholarly editions of key archival sources for the history of the region. My edition of Thomas Denton's Perambulation of Cumberland, 1687-8 (published in 2003) has made accessible one of the most detailed 17th-century topographical descriptions of an English county, while my edition of John Denton's History of Cumberland (published in 2010) provides a modern scholarly edition of the earliest attempt at a history of the county, compiled c.1600. From 2010 to 2016 I directed the Victoria County History of Cumbria project, which works with volunteer local historians to research and write the history of every community in the county. One spin-off of the project was the publication of Cumbria: an historical gazetteer (Lancaster University Regional Heritage Centrre, 2016). From November 2016 to November 2017 I held a part-time position as Editor of the Victoria County History in the Institute of Historical Research at London University.

I have recently completed a book which aims to be a personal exploration of the landscape history in the Lake District, focusing on the Cocker valley in Cumbria. It will be publsihed by Handstand Press in autumn 2019 under the title 'The Language of the Landscape: a journey into Lake District History'.

My research falls under two headings: landscape history, particularly of upland areas; and local and regional identity in northern England, especially Cumbria. Much of my recent work has been on the history of resource management on common land and, in particular, the role of manor courts. Current projects include writing the landscape history of a Lake District valley and building a corpus of manorial byelaws from northern England. 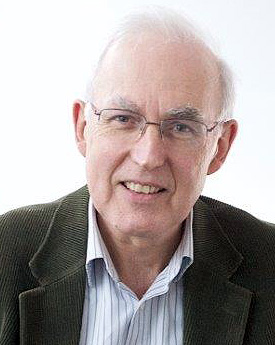