I work on the role played by ritual and religion (broadly defined!) in the construction of provincial society and identity in the Roman Empire, in particular Britain, Gaul, and Germany. My research sits at the intersection of ancient history and archaeology, and I am especially interested in the connections between ritual and landscape in the Roman world. My previous work focused on the Roman sanctuary at Bath and my first book, The Sanctuary at Bath in the Roman Empire, was published by Cambridge University Press in January 2020. My current major research project explores religious practices in the Alps during the Roman period. In this work, I combine an emphasis on the lived experience of ancient religion with archaeological approaches to landscape to explore how Alpine populations used, and were affected by, the mountains in their engagement with the divine. In addition to this project, I also have active research interests in the dynamics of religion and society on Hadrian’s Wall, in Roman provincial art, and in 18th and 19th century antiquarian culture in Britain.

I currently teach HIST211: Trying and Failing to Rule the World: Imperialism and Society in the Roman Empire and HIST212: On the Edge of Empire: Being Roman in Britain. I also contribute to HIST100: From Ancient to Modern: History and Historians and HIST443: Warfare in History

I did my undergraduate work at Stanford, with a double-major in Archaeology and Classics, and then moved to the UK to do an MPhil and PhD in the Faculty of Classics at Cambridge. From 2016-2019 I was a temporary lecturer in Ancient History and Archaeology at St Andrews, before coming to Lancaster in 2019. 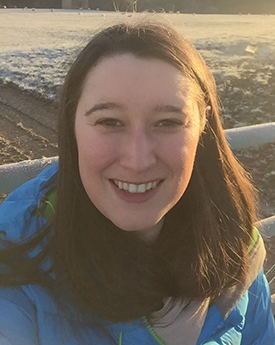