Sam is the Academic Co-ordinator of the Regional Heritage Centre, having worked as the Co-ordinator of its predecessor organisation, CNWRS, since 2009. She has responsibility for arranging study days and other public events, managing the Centre's oral history archive and overseeing heritage consultancy and other activities. For more information about the Centre see www.lancs.ac.uk/rhc

Sam is also an active researcher, with a number of publications to her name on the cult of St George and the interplay between gender identity and and saintliness in the late medieval period.

Sam has an interest in distance learning, and has developed and taught online and blended courses in Art History and History for Oxford University and Lancaster University.

Sam is a cultural historian of the late medieval period, with a special interest in the cults of pseudo-historical saints. She has published extensively on the cult of St George, and has also worked on the cult of St Ursula. Sam is primarily interested in the presentation of gender identity and the role of encounters with the monstrous, both in written narrative and visual motifs associated with popular devotion to saints.

Sam joined Lancaster University in 2005 to run the History and Archaeology programme of the Department of Continuing Education; she also taught courses on History and Art History. She moved to her current post in April 2009.

Sam has undertaken a considerable amount of publicity and other work arising from her books St George: a saint for all (Reaktion, 2015) and St George: Hero, Martyr and Myth (Sutton, 2000 and 2005), including public lectures and a number of interviews with regional newspapers and radio stations. She also appeared on ‘Start the Week’ (BBC Radio 4) in November 2000 and recorded a number of interviews on location for a BBC Radio 4 documentary series presented by Ian Hislop, broadcast in August 2002 and repeated in February 2003, on myths associated with the patron saints of Britain and Ireland. She appeared on ‘The Real Patron Saints’, presented by Robert Beckford, broadcast on Channel 4 in December 2005. More recently she appeared on BBC Radio 5 Live on St George's day 2015, and in a discussion on saints in February 2016, she has also been interviewed on BBC Radio 4's Today progamme.

Other radio work has included presenter/researcher on 'The Archive Hour: the Women Left on the Shore' for Unique/BBC Radio 4, and 'Beyond Belief: Patron Saints' for BBC Radio 4 (2011); on television she has contributed to two Channel 5/Discovery Channel co-productions, 'Secrets of the Cross: The Mary Magdelene Conspiracy' (2008) and 'The Mystery Files: Pope Joan' (2010).

In 2008-9 Sam was the primary author for a website project funded by Lancashire and Cumbria County Councils, which is aimed at encouraging schools and community groups throughout the two counties to explore inclusive concepts of Englishness, culminating in celebrations on St George’s Day (23rd April) 2009.

2015: St George: a saint for all (Reaktion) 50,000 words, 28 illustrations. This book focuses on contemporary understandings of St George in a multinational and multi-faith context.

2002: Gender and Holiness: men, women and saints in late medieval Europe, co-edited with Dr Sarah Salih of the University of East Anglia (Routledge): 95,000 words. This is the first volume of the series Routledge Studies in Medieval Religion and Culture, general editors George Ferzoco and Carolyn Muessig. There are ten papers, with contributions from scholars from the UK, the USA, Germany and Canada. Sam contributed a paper entitled ‘St George as a male virgin martyr’ (pp. 65-85) and co-wrote the introduction (pp. 1-8).

Articles and Chapters in Edited Collections

2016: 'Male Martyrs, Female Models? St Ursula and St Acacius as Leaders and Victims' in The Cult of St Ursula and the 11,000 Virgins ed. Jane Cartwright (University of Wales Press)

2014: 'Relics of Gender Identity: interpreting a reliquary of a follower of St Ursula', in Matter of Faith: an interdisciplinary study of relics and relic veneration in the medieval period ed. James Robinson and Lloyd de Beer with Anna Harnden (The British Museum Research Publication 195), pp.143-50.

2010: ‘Cultural representations of the body’, in A Cultural History of the Human Body in the Medieval Age, ed. Linda Kalof (Berg), pp.181-202. This chapter is co-written with Dr Bettina Bildhauer of the Department of German, University of St Andrews.

2001: ‘The lost St George cycle of St George’s Church, Stamford: an examination of iconography and context’ in St George’s Chapel, Windsor, in the late Middle Ages, ed. Colin Richmond and Eileen Scarff (Maney for the Dean and Canons of Windsor), pp. 135-150.

Sam has undertaken commissioned authorial work for three interactive CD Roms produced by the Society for the Study of Medieval Christianity and Culture, based at the University of York: The English Parish Church (2010) Pilgrims and Pilgrimage (2007) and Images of Salvation (2004). This work involved researching and writing commentaries on the role of saints' cults in parish life, a variety of saints’ narratives and also a range of medieval images drawn from both biblical and apocryphal narratives. These CD Roms are aimed primarily at an undergraduate audience; details may be viewed at https://www.christianityandculture.org.uk/resources 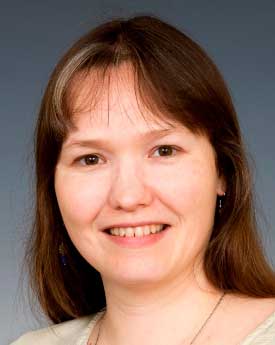