My research interests encompass contemporary German-speaking culture in a number of forms - literary, filmic, and more broadly socio-political. I'm very interested in the Nobel-prize-winning, Austrian author Elfriede Jelinek and have published many articles and chapters on her work as well as one of the first monographs on her oeuvre. My recent work has focused on issues concerning literary and cultural protest and resistance against the extreme right in present-day Austria.

My recent research focus has been in contextualising and analysing various different forms of cultural resistance to the far-right in Austria. The starting-point for this was the rise to institutional power of Austria's Freedom Party (FPÖ) in 2000 when it formed a coalition government with the People's Party. This event spawned a huge variety and volume of protest in the form of texts, performances, films, essays and songs. I address these phenomena in The Art of Resistance: Cultural Protest against the Austrian Far Right in the Early Twenty-First Century (Berghahn Books).

Other publications address intercultural themes in contemporary, Austrian culture, dealing, for example, with Austrian-Slovenian cultural history and conflict, with multicultural influences in twenty-first century literature and film, with the representation of sport in culture and as constitutive of national identity, and with popular music and films as examples of cultural protest.

I am a member of the international advisory and editorial boards of the journal Austrian Studies, the Ingeborg Bachmann Centre (based at the Institute for Germanic and Romance Studies, London) and the Elfriede Jelinek Forschungszentrum, Vienna.

The Elfriede Jelinek Research Centre in Vienna is on line at: http://www.praesens.at/elfriede-jelinek-forschungszentrum/. It has recently (2020) launched an inter-university research alliance (I am one of two scientific partners from Lancaster University).

The Art of Resistance: Cultural Protest against the Austrian Far Right in the Early Twenty-First Century
Fiddler, A. 1/11/2018 Berghahn Books. 266 p.
Monograph

Translation Workshop: I Exist Only as a Reflection
Participation in workshop, seminar, course

I Exist Only as a Reflection
Festival/Exhibition/Concert 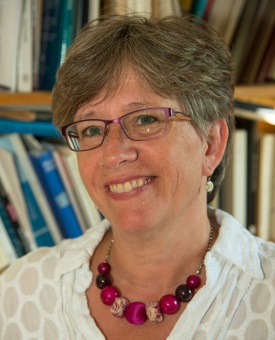