DELC345: Francophone Voices: Literature and Film from sub-Saharan Africa, the Caribbean and Canada

Charlotte Baker is Professor of French and Critical Disability Studies and Deputy Head of the Department of Languages and Cultures.

She holds a BA in French and English Literature from Lancaster University, and an MA and PhD in Francophone Literatures from Nottingham University.

Charlotte's research focuses on disability and stigma in sub-Saharan Africa, with a particular interest in the genetic condition albinism. She has published widely on the socio-cultural realities of living with albinism, cultural representations of albinism, and the human rights abuses against people with albinism.

She set up the Albinism in Africa project with a Lancaster University Knowledge Exchange Fellowship and Wellcome Trust funding in 2014 and she successfully collaborated with the Independent Expert on Albinism and the Witchcraft and Human Rights Information Network to table a Resolution recognizing these abuses as harmful practices at the UN Human Rights Council in 2021.

Charlotte is currently leading the AHRC-funded Disability and Inclusion in Africa project, which foregrounds the importance of alternative explanations for disabilities in African contexts. The CI on the project is Dr Elvis Imafidon (SOAS, University of London) and they are partnering with colleagues at the University of Yaounde in Cameroon, the University of Dar es Salaam in Tanzania, and the University of the Western Cape in South Africa.

Charlotte is also interested in Francophone and Anglophone African literature and has published widely in this area including, most recently, on the African dictator-novel.

Feb 2018: Lancaster University Impact Funding for a Photographic exhibition at the UN headquarters in Geneva

Feb 2017: Global Challenges Kick Starter Funding for a project on Arts for Social Change in Africa

Charlotte Baker is Professor of French and Critical Disability Studies and Deputy Head of the Department of Languages and Cultures. She was Principal of Lonsdale College from 2015-17 and Associate Dean for Postgraduate Studies in the Faculty of Arts and Humanities from 2017-2019.

Charlotte joined the Department of Languages and Cultures at Lancaster University in 2007 having completed her doctoral studies at Nottingham University. After graduating with her BA degree, Charlotte worked for two years as a Bilingual PA to the Head of Corporate Finance at the First National Bank of Chicago in London. During her doctoral studies, she worked as a lectrice at Universite Lyon III and taught French language and culture at the Universities of Birmingham and Nottingham.

Campus in the City 2019
Festival/Exhibition/Concert

Witchcraft Beliefs and Human Rights: Past, Present and Future Perspectives
Participation in conference

Witchcraft and Human Rights: from Horror to Hope
Festival/Exhibition/Concert

Words that Kill
Participation in conference

Words that Kill
Participation in conference

Writing for Liberty 2017
Participation in conference

'Translated from Gikuyu by the Author': Ngugi wa Thiongo's Self-Translation of Wizard of the Crow'
Invited talk

Writing for Liberty
Participation in conference

Outstanding Contribution to Engagement
Prize (including medals and awards) 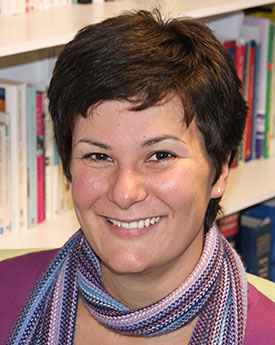