DELC348:French Culture in the Digital Age

I am fascinated by the new modes and forms of writing and creativity and the changing conditions of literature in the digital age, and this constitutes one of my two major research interests. I have presented and published papers on the ways in which writers use the web as a medium for their artistic projects rather than just as a means of publication, the possibilities this new medium opens for writing and 'doing literature', inlcuding in the form of YouTube videos, and the transformation of the processes through which texts reach their audiences. I also explore these issues with students taking the module 'French Culture in the Digital Age'.

At the same time, I have a continuing interest in narratology, in particular the forms, expressions, and implications of reflexivity, which can go so far as calling into question the limits of logic and reason. These questions link to my more general interest in the ways in which our modes of thinking are culturally determined and in literature’s potential to explore ways to transgress the resulting limitations. My first monograph, entitled Proust, the One, and the Many: Identity and Difference in A la recherche du temps perdu (Oxford: Legenda, 2012), also investigated related issues, offering a reading of Proust's monumental novel from the perspective of modern and contemporary French and German philosophy.

My research interests lie mainly in two broader areas: the impact of digitization and the internet on culture, and literature in particular; and the modern and contemporary novel, especially metafiction and self-reflexive phenomena, and the narrative theoretical and philosophical issues these raise. More generally I am interested in the intersections between literature, philosophy, and cultural theory. The authors I have worked on include Marcel Proust, Amélie Nothomb, Éric Chevillard, Jacques Roubaud, Brice Matthieussent, Gabrielle Wittkop, and philosophers from Schelling and Ravaisson to Nietzsche and the French poststructuralists (Deleuze, Derrida), and more recently contemporary logician Graham Priest.

- Digital culture and the effects of digitization on literature, culture, and society; experimental writing on the internet (in French or comparative approaches) - Modern and contemporary fiction (French-focused or comparative projects involving texts in English, Spanish, Italian, German, or Hungarian) - Marcel Proust - Narrative theory, especially self-reflexivity in art and literature - Interactions between literature and philosophy - Cultural theory; postmodernism and its aftermath

Conference of the Electronic Literature Organisation
Participation in conference

Literature in the Digital Space
Participation in workshop, seminar, course

24th annual conference of the Society for the History of Authorship, Reading & Publishing
Participation in conference

Cognitive Futures in the Humanities
Participation in conference

The Child of the Century
Participation in conference

Narrative Complexity and Complex Systems: The Uses and Limits of an Analogy
Invited talk

One Hundred Years of Jealousy - Homage to Swann
Participation in conference 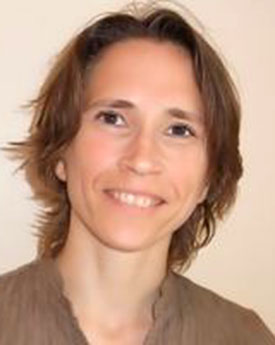