I have supervised the following PhDs:

This new book is a cultural history of cycling in global cinema and new screen cultures, considering the cultural significance of the bicycle and the practice of cycling as, variously, leisure activity, transportation device, professional sports apparatus, consumer good, a means of creative expression and a means of protest.

A blog on the project can be found here, and the book can be ordered here.

An edited excerpt from the introduction to the book, 'Cinema and Cycling, Technological Twins' is published in the MIT Press journal here.

'The fine art of cycling: bicycles, modernity and political art'

I have just completed a chapter on the history of bicycles in modern art for the forthcoming Routledge collection, Cycling Societies: Emerging Innovations, Inequalities and Governance, edited by Cosmin Popan, Katerina Psarikidou and Dennis Zuev. Using Ai Weiwei and Rainer Ganahl as the principal case studies, this piece asks why the bicycle has been such a fascinating subject for experimental artists and how their work invites us to think differently about cycling and society.

My regular collaborator and co-writer Katarzyna Marciniak and I were asked, along with a number of other scholars in the field, to submit an article for the 10th anniversary issue of Transnational Cinemas journal, reflecting upon the state of transnational film studies. Our article, which is organized around an analysis of Pawel Pawlikowski's Cold War (2018), was published in April and can be found here.

With my colleague Katarzyna Marciniak (Ohio), I recently edited a suite of articles for a special issue of the journal Transnational Cinemas entitled 'Aporias of Foreignness' (vol. 9, no. 1, 2018). My contribution examines the issue of mobile-phone footage, new media and self-representation in film and TV documentaries dealing with the Mediterranean refugee crisis. Details of my article and the special issue can be found here.

Cycling and Society
Participation in conference

Transport in the Media
Participation in conference

Child in Time
Participation in conference

Acting Up: Gender and Television Comedy symposium, University of Northumbria
Participation in conference

Regions and Regionalism
Participation in conference

'Michael Winterbottom and the cinema of incompatibility'
Invited talk

Cinema and Technology
Participation in conference

Making use of Culture, Manchester University conference
Participation in conference 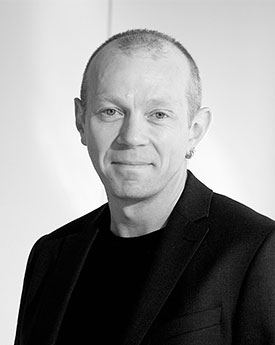