Emma Rose's research concerns the role of art in health and wellbeing underpinned by the theoretical lens of therapeutic landscapes, as it offers a means through which to conceptualise how particular spaces can contribute to an individual’s mental and physical wellbeing. Her research utilizes this concept to investigate the role of participatory arts interventions for groups marginalised by society. Recent projects have engaged with women refugees affected by gender-based violence, refugees who are survivors of torture, the ageing population, those living with dementia, and transgender people.

In 2018 she was awarded a British Academy/Leverhulme Small Grant: Art of Recovery: Migrating Landscapes Rose, E, (PI), Bingley, A. F., Lamb, K. (Co-Apps). Art of Recovery seeks to deepen understanding of ways in which participatory arts can contribute to mental health and recovery of migrants who fled extreme situations and experience trauma as a result.

She received funding for an ESRC funded 1+3 collaborative studentship for PhD research (2015-2019) in collaboration with Professor Christine Milligan (Department of Health Research) for the project titled: Assessing the health and wellbeing benefits of engagement in participatory arts activities for older people living with dementia.

2017 REF 2020: Maximising Impact across the University, a keynote lecture at Leeds Beckett University.

2010 Landscapes in Time: A Psychotherapeutic Intervention at the International Conference of the Image, University of California, Los Angeles, USA.

2010 Aesthetic decisions and sound design in the making of threshold at the Cinesonika conference and festival, School of Interactive Arts and Technology, Simon Fraser University, Vancouver, Canada.

Films produced in collaboration with Neil Boynton include: the video rush interrogates formal qualities of imagery, some derived from abstract painting. The flow of images, sometimes disrupted by memories, suggests the consciousness of a contemplative viewer preoccupied not only by what is seen but also by its structure or syntax. Informed by the optical effect produced by Bridget Riley in her black-and-white paintings, rush captures the movements of tree trunks, which, when filmed from a fast-moving car, produce a similar flickering, stroboscopic effect disorienting the eye and brain. The digital manipulations and animations create an innovative dialogue between digital and painterly abstraction and photographic realism, their boundaries and their interrelationship.

Projected at 8 x 3 metres it creates an immersive environment with stereo sound and was shown in solo shows in Croatia and Nottingham, in a group exhibition in London at Oxo Tower, and in Inspiration to Order, with a full colour catalogue ISBN: 09773967-7-0, at California State University Art Gallery, The Winchester Gallery, Southampton University, The Gallery, Wimbledon College of Art, and the Art Historians' Annual Conference at the University of Ulster. rush was selected for exhibition at the Egilsstaðir experimental video festival in Iceland and shortlisted for the Alcoa prize. It was also selected for the Short Film Experiment, Bolzano, Italy, and Videoformes Clermont-Ferrand, France. The solo exhibition in Krizic Roban Gallery in Croatia was reviewed in Vijenac, XV (349/350/351), 19.07.07., str.22 the premier independent Croatian culture arts weekly. The solo exhibition of rush at the Surface Gallery, Nottingham, was reviewed in UK Metro Associated newspapers LtD

The film skyWriting investigates how technological advances can be combined with visual and social aesthetic concerns in new and emotionally compelling ways. First, digital technology enables the use of multiple windows or frames of action in a single screen. skyWriting exploits this potential to create new relationships between familiar images: several frames of action depict a subject from different viewpoints to create a new experience, forcing the viewer into an insecure relationship where nothing is taken for granted, each vision cut by a window revealing another world. Second, photographs are morphed into abstract forms: stripes, trails and traces, exposing details and facets of the object not usually subject to scrutiny; the audio material supplements and extends these devices. Exploring the margins between abstraction and photography, the work invites the viewer to evaluate familiar images and narrative sequences in a new way.

Transmediale 05 provided a global critical forum for new media art. There were 9 conference sessions and 60 lectures. skyWriting was part of its permanent exhibition. Transmediale was sponsored by The Council of the German Culture Foundation and there were 66 reviews in newspapers, journals, radio and television programmes. After showing on The Big Screen, Manchester City Centre, Philips used skyWriting to advertise BBC public space broadcasting on Philips LED video screens. It was screened twice during the Korean video festival, selected from the best experimental films of Seoul Net Festival from worldwide submission on the basis of its exploration of new models of screen aesthetics with high production quality. It was screened alongside a lecture at IRCAM, Centre Pompidou Paris, and included in group exhibitions in Edinburgh and Galashiels receiving reviews in The Scotsman and The Herald,.

Solo exhibitions of paintings and drawings in Birmingham, North Tyneside and Bath were the outcome of Rose's practical enquiry into the paradoxical territory between vernacular photography and schematic, geometrical shapes, the components of a wholly abstract image. The investigation explored the area defined by images that are unproblematically representational photographs at one extreme and images wholly composed of overtly abstract elements -- like circles, triangles and diamonds -- at the other. She traverses the territory between painting and photography afresh in the light of digital media and abstraction, observing the visual demands of representational photographs on the one hand, and abstract, optically abstract image components on the other. The result was to create new, dramatically contrasting and complex relationships between photographic, abstract and digital elements; geometrical figures, like triangles, alluding to other images within the work, like fir trees and mountains or pixellated imagery.

When shown with White-out, the projection of skyWriting occupying the whole gallery wall extends the investigation of the boundaries between abstraction and photographic imagery. Animated images echo the sense of movement conveyed by the grouping of geometrical shapes in the paintings. The transformations reveal connections between the way abstract images are seen and the relation of abstraction to the source; in the processed images visual distinctions are perceptible even though features of the original image are emptied-out.

There were 66 reviews in newspapers, journals, radio, and television programmes (equivalent to the BBC). The exhibition took place in the Haus der Kulturen der Welt, The House of World Culture. The jury was international, selection was international. There were more than 900 applications from 51 countries. There were 5 other exhibitors in our category: Extended Landscapes.

2005 The Big Screen. Exhibition of skyWriting: Boynton & Rose, video installation, 13'46", Exchange Square, Manchester, UK. www.bbc.co.uk/ The Bigger Picture is co-ordinated by the Cornerhouse Gallery in association with the BBC and Manchester City Council. 23rd October to 5 November and 5th to 11 May (five screenings daily)

2006 Inspiration to Order exhibition organised in collaboration with colleagues in LICA: Art. Curated by Rebecca Fortnum. Exhibited in the University Art Gallery, California State University, Stanislaus, USA; The Winchester Gallery, Winchester School of Art; The Gallery at Wimbledon School of Art. Exhibition in conjunction with catalogue and symposium -see publications

2007 forthcoming: article for Zivot umjetnosti: Croatian magazine for contemporary arts, to be published in December 2007 in English with a Croatian translation. Special Issue on the theme of Regions and Regionalism

2005 Philips have used The Big Screen Exhibition of skyWriting: Boynton & Rose, in their advertising www.business-sites.philips.com/ vidiwall/organisation/article

Publications with extended critical discussion of my work

2005 Catalogue: Neil Boynton and Emma Rose, White-out (Lancaster, 2005), pp. 16, 8 colour illustrations. ISBN: 09534477-6-6. A catalogue for the solo exhibitions at mac and AdHoc, with an introduction by Alex Boyd, Exhibitions Manager at mac, and an essay by the artists outlining the research context of the exhibition.

I'm interested in supervising doctoral students in the following areas: art and health; art and landscape; contemporary fine art practice with either a discipline or interdisciplinary focus; contemporary theoretical and critical debates in art; landscape and environment. 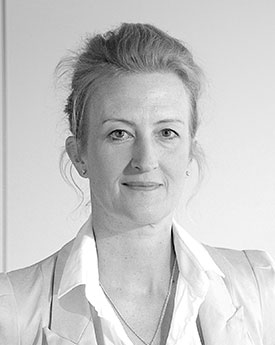