My research is a combination of arts practice, mobilities research and speculative software design. I work within the field of mobilties research, with a particular interest in the collaborative use of GPS, both in creative practice, the design of the apps 'Comob Net' and 'Landlines'. I am the Director of the Mobilities lab at the Centre for Mobilities Research.

Jen Southern is an artist, lecturer in Fine Art and New Media, and Director of the Mobilities Lab at the Centre for Mobilities Research at Lancaster University. Her work is a hybrid of art practice, mobilities research and speculative software design, and has been exhibited internationally for over 25 years. With an ethos of shared authorship she collaborates with artists, technologists and members of the public to produce live installations that combine material and digital experience. Her current practice develops a mobilities framing of Baradian agential realism involving the co-production of relational landscapes. Unstable Landscapes (Slovenia, 2017) shared the mobile activity of filming with local people, animals, wind currents and footpaths.

For over 25 years Southern has been working with mobilities within art practice, from walking on boardwalks (1991), and in parks (Joyriding in the Land that Time Forgot (1997-2000, UK, Switzerland, Canada, New Zealand), installations in shipping containers Podunk (UK, 1998), explorations in video game clothing (Roam, 2001 - 2003) and learning to fly a light aircraft (Hold 2002-4) and Flight Plan (2003). In 2001, Southern, Jen Hamilton and Chris St Amand, established Satellite Bureau to investigate mobile encounters with sense of place through participatory GPS walking. This culminated in the exhibition Running Stitch (2006-2009, England, Scotland, Japan, Sweden, USA). In 2016 her work with art and mobilities was the subject of a solo exhibition ‘Skylines: A survey of work 2001-2016’. Recent work has been commissioned by In Certain Places (2016), Abandon Normal Devices (2015), National Football Museum (2015) and Mobile Media Studio (Montreal, 2013).

Southern joined the Centre for Mobilities Research in 2008, where she did the first art practice based Phd in mobilities studies. As a passionate advocate for the contribution of art practice to mobilities research Southern curated exhibitions at conferences Global Mobility Futures (2013) and Mobile Utopia: Pasts, Presents, Futures (2018). As director of Mobilities Lab she creates opportunities for artists and academics through fellowships, PhD and post-doc supervision, and a series of workshops and events. Southern has presented art works and papers at PanAmerican mobilities network and Cosmobilities network conferences, resulting in publications in the special issue of Leonardo Electronic Almanac L.A. Re.Play: Mobile Network Culture in Placemaking (2015), Wi Journal of Mobile Media special issue on Mobile Making (2017) and a chapter in Envisioning Networked Urban Mobilities (2017). More widely Southern has published on practice-based research (Canadian Journal of Communications, 2012), co-design (Technological Forecasting and Social Change, 2014) and sharing mobilities through locative media (Moving Sites: Investigating Site Specific Dance Performance, 2015). 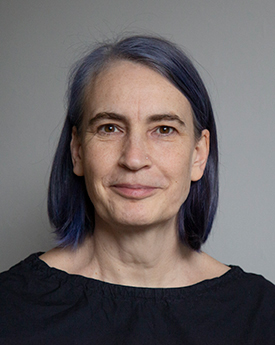