I am Distinguished Professor of English Language and Linguistics at Lancaster University.

I was Interim Chief Executive, Economic and Social Science Research Council, from 2017 - 2018.

I was Chief Accounting Officer, Economic and Social Research Council, from 2017 - 2018.

I was Director or Research, Economic and Social Research Council, from 2016-2018.

I was Director of the ESRC Centre for Corpus Approaches to Social Science, from 2013-2016.

I was Dean of the Faculty of Arts and Social Sciences, Lancaster University, from 2008-2014.

I was Director of Research at the Arts and Humanities Research Council from 2005-2008.

I am a member of the corpus research group, which was awarded a Queen's Anniversary Prize for its research in 2015.

I undertake research using corpus linguistics in a range of areas across theoretical and applied linguistics. As well as undertaking 'blue skies' research, I have also done applied work with a range of partner organizations in the public sector (e.g. the Department of Culture Media and Sport, the Environment Agency and the Home Office) and the private sector (e.g. with British Telecom, IBM, Nokia and Research in Motion). I have worked on projects in a wide range of languages, including Arabic, Chinese, English, French, Polish, Portuguese and Spanish. I have also constructed many corpora including the CRATER, EMILLE and British National Corpus 2014 corpora. EMILLE remains the largest and most comprehensive collection of written and spoken corpus materials for South Asian languages.

I have received research funding to date of £9,498,550. This has been gained from a wide range of funders including the AHRB, ESRC, NERC, EPSRC, the Leverhulme Trust, the Newby Trust and the European Union. My current research grants are:

I am interested principally in the application of corpus methods to a range of questions relating to language in linguistics and beyond. This included topics which touch upon the theoretical core of linguistics, such as theories of aspect, but I look more at issues in applied linguistics such as the representation of Muslims and Islam in the UK Press. I am interested in language as a socially situated phenomenon and have pursued social explanations of langauge use, most notably through my work looking at swearing in English. My commitment to exploring the interaction between langauge and society stretches beyond the here and now - much of my work in this area is rooted in historical exploration. Such explorations are being enabled by the production of large new corpora covering early modern to present day English. I am very happy to be actively involved in the production of such corpora, and other datasets relevant to my research, especially the BNC2014 and Trinity Learner Corpus which are current focusses of effort for me.

Though I am currently devoting much of my time to research, I am still active in teaching. Each summer I teach on a summer school in corpus linguistics at Lancaster University. I also run a MOOC on the Futurelearn platform, through which I have introduced corpus linguistics to tens of thousands of people. In addition, I supervise postgraduate students at both Masters and PhD levels.

I am a Fellow both of the Academy of Social Sciences and of the Royal Society of Arts.

I am a member of the Audit Committee of the Academy of Social Sciences.

I have held the following visiting positions:

I was awarded the Odzmacsewie Universyteti Łódźkiego (Jubilee Medal) by the University of Łódź in in 1999 for an outstanding contribution to the intellectual life of the University.

How do we talk about drought? The context of Britain as represented by national newspapers and oral histories
Oral presentation

The 4th Corpora and Discourse International Conference
Participation in conference

What do newspapers talk about when they talk about drought?
Oral presentation 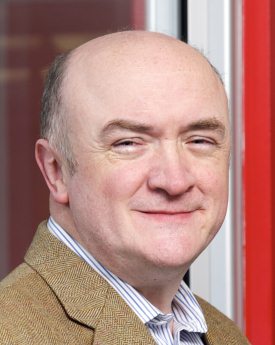