My research draws on insights and methods from cognitive science and critical discourse analysis to investigate the links between language, cognition and social/political action. It falls into three principal programs.

In the first, I advocate a Cognitive Linguistic Approach to Critical Discourse Studies (CL-CDS). This approach involves a semantic analysis of particular linguistic (lexical, grammatical, pragmatic) features found in political and media discourse. More narrowly, it investigates the conceptual structures that are associated with different language usages and the ideological or (de)legitimating functions that such structures may serve in specific discursive contexts.

In the second, I am concerned with the connection between Argumentation and Adapted Cognition (AAC). This approach seeks to explain rhetorical effectiveness by investigating the mapping between particular argumentation strategies found in political and media discourse and evolved heuristics and biases in social cognition.

In the third, I use experimental methods to test hypotheses concerning textual influence which emerge from analyses in CL-CDS and the AAC model.

I have used these frameworks primarily to investigate discourses of migration and political protests.

I am keen to receive proposals for research projects in any area combining critical discourse analysis and cognitive linguistics. Some specific possible project areas are listed at www.hartcda.org.uk. 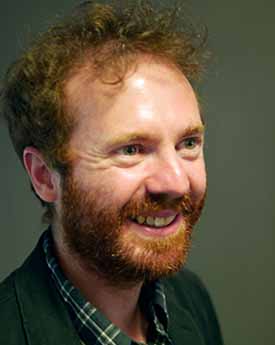