Much of my work belongs to the field of pragmatics.

I have a particular research interest in linguistic (im)politeness, focusing on the social dynamics of interaction. With Michael Haugh and Daniel Kadar, I recently finished the huge volume: The Palgrave Handbook of Linguistic (Im)politeness (2017, Palgrave). My article Towards an Anatomy of Impoliteness (1996, Journal of Pragmatics), outlining a framework for analyzing highly confrontational interaction, is my most cited publication to-date. A three-year ESRC Fellowship, designed to push this research forward, resulted in my monograph, Impoliteness: Using Language to Cause Offence (2011, CUP). Glimpses of my work can be seen in my impoliteness website. I am pursuing various avenues of impoliteness-related research, including aspects of 'hate speech' (a subproject within the CASS research centre) and the investigation of prosody and (im)politeness.

Historical pragmatics, an area which seeks to apply the theories of pragmatics to historical texts and language change, is an important strand of my pragmatics research. An important output in this area is my monograph Early Modern English dialogues: Spoken interaction as writing (with Prof. Merja Kytö, Uppsala University) (2010; CUP). This is based on a large corpus of historical dialogues which I developed with Prof. Merja Kytö (see details below). My latest work using this corpus investigated early modern affirmatives. I also have an active interest in historical (im)politeness (I have recently published a paper on the role of an Italian conduct manual).

A recent major project in the area of pragmatics was on the pragmatics of English. I collaborated with Michael Haugh to produce Pragmatics and the English Language (2014, Palgrave).

With Alison Mackey and Naoko Taguchi, last year, I published Second Language Pragmatics: From Theory to Research (Routledge). This was a particularly enjoyable and productive collaboration, as we bring together differing yet complementary expertise.

I have continually published in the area of English historical linguistics, often with a historical pragmatics focus, and often underpinned by corpus methods. Many historical corpora are dominated by literary or scholarly texts (a peculiar situation given the acknowledged importance of spoken interaction in language change). With grants from the British Academy and the AHRB, I collaborated with Prof. Merja Kytö in the construction of a highly specialized corpus of speech-related Early Modern English texts. The Corpus of English Dialogues 1560-1760 is available to the academic community for free (a brief description can be found here).

I have produced the third edition of my textbook History of English (3rd edn., 2015; Routledge). I am deeply indebted to all those around the world who took the trouble to provide feedback on previous editions.

An early interest of mine was cognitive stylistics, combining insights from linguistics and cognitive psychology. Elena Semino and I produced the collection, Cognitive Stylistics: Language and Cognition in Text Analysis (2002; John Benjamins), with the specific aim of lending definition to the field of cognitive stylistics. One research strand in this area involves language and characterisation, and culminated in Language and Characterisation: People in Plays and other Texts (2001; Longman).

Within stylistics, I maintain an interest in fictional dialogue, especially play-texts. I have co-edited (with Mick Short and Peter Verdonk) a collection of papers on the language of drama, Studying Drama: From Text to Context (1998; Routledge).

Corpus-approaches (corpus stylistics) have been deployed here. I collaborated with David Hoover and Kieran O’Halloran to produce Digital Literary Studies: Corpus Approaches to Poetry, Prose, and Drama(2014; Routledge). People seem to have been particularly interested in my work on "keywords" and characters (this is the paper that sparked this interest).

Shakespeare has been an enduring research line in my work since my PhD. It brings together many of the strands of my research. I edited (with Mireille Ravassat) Stylistics and Shakespeare: Transdisciplinary Approaches (2011; Continuum), which aimed to show what modern approaches and methods could do for the study of Shakespeare's language.

More substantially, in May 2016 I began the Encyclopaedia of Shakespeare's Language Project, a £1 million project funded by the AHRC. The essential aim of the project is to bring corpus methods to the study of Shakespeare's language, providing a systematic description of his words and language patterns, and showing how they compare with those of his contemporaries.

I maintain interests in a variety of other areas, especially areas relating to the study of the English Language. I led the team that produced the huge (718 paged!) textbook English Language: Description, Variation and Context (with P. Kerswill, R. Wodak, F. Katamba and T. McEnery) (2009; Palgrave). It contains 39 chapters, covering structural, sociolinguistic, functional, interactional, contextual, etc. aspects of the English language. A distinctive feature of the book is that all contributors and editors are (or in two cases were) based here in Lancaster. Last year, I finished, with Ruth Wodak and Paul Kerswill, a second and much improved edition of this book.

My CV can be found here. 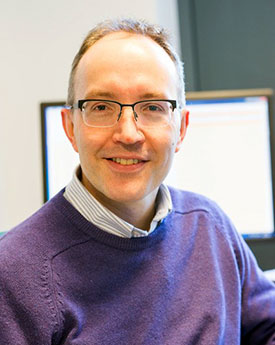