I have written seven books:

Luce Irigaray and the Philosophy of Sexual Difference (Cambridge University Press, 2006), supported by a Leverhulme Research Fellowship in 2004-5.

The Value of Popular Music: An Approach from Post-Kantian Aesthetics (Palgrave Macmillan, 2016). The book won the Outstanding Publication Award from the Popular Music Interest Group of the Society for Music Theory.

Nature, Ethics and Gender in German Romanticism and Idealism (Rowman and Littlefield, 2018).

Being Born: Birth and Philosophy (Oxford University Press, 2019). This was supported by a Leverhulme Major Research Fellowship.

Other topics on which I've written include Adorno, Beauvoir, Judith Butler, Kristeva; ideas of nature; feminist and essentialism; existentialism and atheism.

I have co-edited the journal the Hegel Bulletin and have been an associate editor and interim co-editor of Hypatia: A Journal of Feminist Philosophy.

I would be happy to supervise PhD projects on topics in feminist philosophy, post-Kantian European philosophy, or any of the other areas of philosophy that I've written about.

Alison’s main research interests are in:

and the History of Philosophy, especially nineteenth-century philosophy and women in the history of philosophy 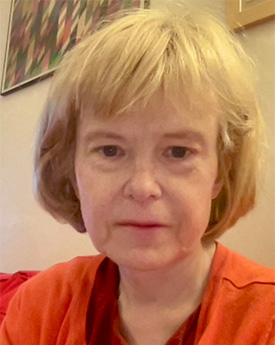