Professor of China and International Studies

Previously he was a Senior Lecturer of International Relations and Director of Centre for Politics in Africa, Asia and the Middle East (AAME) at Royal Holloway, University of London. He also lectured at University of Warwick and De Montfort University. Before his academic career, he worked for the United Nations’ Department of Economic and Social Affairs in New York City. He is a Fellow of the Higher Education Academy (UK). He holds degrees from the University of Warwick (PhD, completed within 2 years, 2014) and the University of Pittsburgh (MA, 2011).

Professor Zeng’s research lies in the field of politics and international relations with a focus on China. He is named in the World's Top 2% Scientists list by Stanford University and Elsevier in 2021 and 2022. He is the author of Artificial Intelligence with Chinese Characteristics: National Strategy, Security and Authoritarian Governance (2022), Slogan Politics: Understanding Chinese Foreign Policy Concepts (2020) and The Chinese Communist Party's Capacity to Rule: Ideology, Legitimacy and Party Cohesion (2015), available in Chinese translation (City University of Hong Kong Press, 2016). He is also the co-editor of One Belt, One Road, One Story? Towards an EU-China Strategic Narrative (2021). He has published over twenty refereed articles in leading journals of politics, international relations and area studies including The Pacific Review, Journal of Contemporary China, International Affairs, JCMS: Journal of Common Market Studies, and Third World Quarterly.

He draws on his research to connect with audiences beyond academia. He frequently appears in TV and radio broadcasts including the BBC, ABC Australia, Al Jazeera, Voice of America, DR (Danish Broadcasting Corporation), Russia Today (RT), China Central Television (CCTV) and China Global Television Network (CGTN). He has been quoted in print/online publications including Financial Times, Forbes, South China Morning Post, PULSO and TODAY. He has written op-ed articles for The Diplomat, BBC(Chinese), The Conversation, Policy Forum among others. 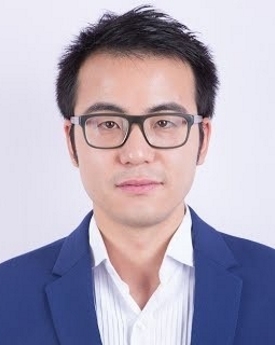