Julie is a Senior Fellow of the Higher Education Academy (SFHEA). She is the convenor of the following courses:

PPR.222 The Politics of Development

She is PPR Co-director of Equality, Diversity and Inclusion.

Julie has over 1,500 citations for her research, the second highest in Politics at Lancaster University. She joined the department in 2005, having taught previously at the School of Oriental and African Studies (SOAS), University of London; the London School of Economics (LSE) and the University of Sussex. Within critical development studies, her research interests include the international politics of aid, civil society, social movements and migrant workers within the historic and contemporary context of South-North relations. Her research trajectory has evolved in five directions: the global political economy of civil society in African countries; the labour movement in Argentina; trade union mobilization among low paid Latin American migrant workers in London; Ecuador's postneoliberal development model 2007-2017; and the NGO-isation of the Syrian Revolution.

Aid, Civil Society and the Global Political Economy of Africa

Julie has been studying Northern aid policy towards African civil societies, within the broader context of the region's global political economy, for the past twenty-five years. This has included ESRC-funded doctoral research in Kenya, a collaborative research project between the Institute of Development Studies (IDS), University of Sussex and research institutes in Ghana, Uganda and South Africa as well as a number of consultancies for the Department for International Development (DfID) in Uganda and the UK. Her research has been published in academic and non-academic fora. Her article in Development and Change draws on the concept of the comprador, developed in earlier theories of imperialism, to examine the extent to which African NGOs have become key intermediaries for Northern development policy. She has participated in the editorial working group of the Review of African Political Economy.

Self-Organisation and the Labour Movement in Argentina

Having been a member of the Argentina Solidarity Campaign in London, initiated in response to the economic crisis, she spent ten months in Buenos Aires in 2002-2003 undertaking participant observation in the piqueteros and fabricas ocupadas - unemployed workers and occupied factories - movements. She has presented her findings, placed within the historical context of Argentina's labour movement, at a number of international conferences. In 2007 she taught at a postgraduate summer-school at the University of Buenos Aires, organized by the Euro-Latin American university network, REDESFRO.

Research, undertaken with Monica Bergos and funded by a 2008 British Academy Small Grant, explores trade union mobilization among Latin American cleaners in London. A brief article, 'Pregnant and Deported: Universities and the UK Immigration Regime' was published by the University and College Union in November 2009. The full research is available in 'Learning from the Cleaners? Trade Union Activism among Low Paid Latin American Migrant Workers at the University of London', Working Paper No. 7, Identity, Citizenship and Migration Centre, University of Nottingham (2010) and as a journal article in Race and Class (2011). In 2017 she presented her findings in the ESRC seminar series (2016-18), 'Migrants, Workplace and Community': Learning from Innovation in Civil Society.'

Between 2007 and 2017, under the Citizens' Revolution and the presidency of Rafael Correa, Ecuador pursued an alternative development path to that of neoliberalism. My research explores the government's unpredecented public investment in higher education in order to transform the structure of the economy away from primary commodity production and export to a transnational-indigenous 'knowledge economy'. A 2014/15 ESRC grant, 'Radical Futures in Social Science' with Dr John Childs of the Lancaster Environment Centre, resulted in a joint article, Childs, J. & Hearn, J. (2017) '"New" Nations: Resource-based Development Imaginaries in Ghana and Ecuador', Third World Quarterly, 38(4): 844-61.

The NGO-isation of the Syrian Revolution

'The "NGO-isation" of the Syrian Revolution' International Socialism 164 (autumn) (2019) with Abdulsalam Dallal.

'Latin American Cleaners Fight for Survival at the University of London: Lessons for Migrant Trade Union Activism' Race and Class 53(1) (2011) with Monica Bergos.

'Foreign Political Aid, Democratization, and Civil Society in Ghana in the 1990s' (No. 5) Center for Democracy & Development, Ghana, 2000.

Julie has over 1,500 citations for her work, the second highest in Politics at Lancaster University. Her research trajectory has evolved in five directions: the global political economy of civil society in African countries; self-organisation and the labour movement in Argentina; trade union mobilization among low paid Latin American migrant workers in London; Ecuador's postneoliberal development model; and the 'NGOization' of the Syrian Revolution. 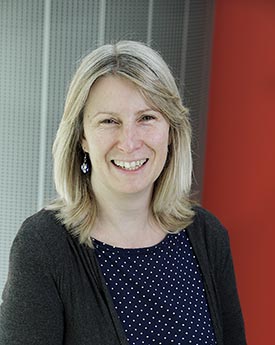