I am a political anthropologist interested in borders, citizenship and non-citizenship, human rights and new security technologies. I study the politics of borders in Europe, in particular the contestations over security, entitlements to public services and the rights of migrants and asylum seekers. My current project, the Wellcome Trust-funded Doctors within Borders is an international networking initative to bring together researchers, activists and healthcare professionals interested in the healtcare entitlements of migrants, asylum seekers and other patients who have unsettled legal or social status. My other recent projects include work on rejecting refugees in Poland and on border surveillance on the Mediterranean Sea. I developed my initial conceptualization of borders in my ethnography Building Fortress Europe. The Polish-Ukrainian Frontier published by University of Pennsylvania Press in 2012. It was based ethnographic fieldwork in Poland and Ukraine to understand the human consequences of the transformation of the border between those two countries into an external border of the European Union. I remain interested in Eastern and Central European politics, particularly in the debates around liberal democracy, illiberalism, border and immigration politics, EU and the politics of memory.

Contribution to POLI.100 Politics and International Relations in the Contemaporary World (2016-2019)

Border and migration policy, critical migration studies, human rights, citizenship and non-citizenship in the European Union, securitization and the governance of borders.

Sea-Crossing: The Mediterranean and its ‘Others’
Participation in workshop, seminar, course

Death at the Gates of Europe: Distance and Engagement
Invited talk

Neither Secret Nor Exposed: The War on Terror and the CIA 'Black Site' in Poland
Invited talk

Borders of Responsibility: Migrant Deaths on the Mediterranean and the Politics of Human Rights Supervision
Invited talk 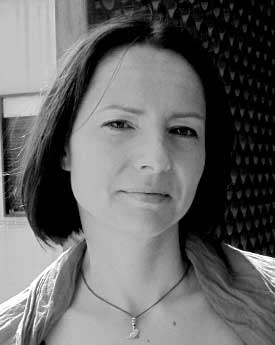