RSt 100: Religions of the Modern World

In addition to the above modules,I have previously taught Islamic Religious Texts in Arabic, and contributed to courses on Political Islamic thought, and Gender and Islam.

I received my PhD in Islamic Studies from the University of Manchester, Department of Middle Eastern Studies. My research covers two key strands: the classical and pre-modern intellectual and textual traditions, particularly Qur’an hermeneutics and ritual law; and Muslim responses to modernity, with a focus on how twentieth century and contemporary Muslim women scholars read the tradition to intellectually and socially develop their religious authority as knowers of the tradition. I have written on ritual purity, metaphor in post-classical Qur’an interpretation and Arabic rhetoric, feminist hermeneutics of the Qur’an, and contemporary female exegetes and jurists in Islam. In recent years, I have developed an interest in Islam in Britain, co-authoring a study of change in conceptions of God in modern Britain and leading a research project entitled Muslim Women Reading Religious Texts in Britain and Egypt (2010-2011). The project investigated how core Islamic texts are read by ‘ordinary’ Muslim women in light of their contexts. I have also been involved in supporting Islamic studies in the UK through my work with HEFCE's Islamic Studies Network until 2012, and currently through my capacity as interim Co-chair of the British Association of Islamic Studies (BRAIS).

Modern Interpretation of the Qur'an 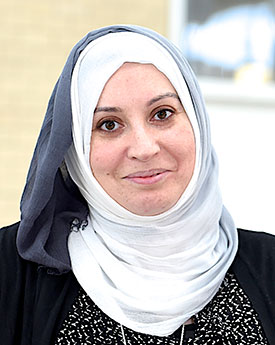