My work falls at the intersection of Middle East Studies, International Relations and (International) Polital Theory. I am particularly interested in sovereignty and its discontents, space, and nomos, along with the empirical manifestations of these issues. I am Director of SEPAD, the Sectarianism, Proxies and De-Sectarianization Project, funded by Carnegie Corporation, which looks at the way in which the rivalry between Saudi Arabia and Iran is shaping sectarianism and politics across the Middle East. It also explores the contestation of sectarian identities in what we have termed de-sectarianization.

Broadly speaking I am interested in the following areas

My research is comprised of two main strands: The first is the rivalry between Saudi Arabia and Iran where I am particularly interested in the nature of the rivalry, its impact on states, identities and communities across the Middle East (and beyond), and the re-ordering of space. The second is the contestation of sovereign power across the region, where I am interested in relations between rulers and ruled, biopolitics, resistance, and the Arab Uprisings.

I am Director of the Richardson Institute, based here at Lancaster, where I work to facilitate knowledge exchange and engagement with a wide range of civil society actors, both in the UK and internationally. The Richardson Institute is the institutional home of SEPAD, which has helped create a space for discussions about the contestation of sectarian identities, states and geopolitics in the Middle East. I am also the host of SEPADPod, a podcast series talking with academics working on the Middle East about their work.

I served as Academic Advisor to the House of Lords International Relations Committee inquiry into the UK relations with the Middle East during the 2016-17 academic year. The full report is available here.

I am a regular tweeter (@drmabon), avid snowboarder, Arsenal fan, and musician.

I am interested in supervising projects on the following areas: International Relations of the Middle East, Sovereignty - and its challenges - in the Middle East, Irredentism, Political Violence, religion and the state, Political Islam, Securitisation in the MENA region, and legitimacy.

The Struggle for Supremacy
Invited talk

Sectarianism in the Wake of the Arab Revolts
Participation in workshop, seminar, course

The Struggle For Supremacy: Saudi Arabia and Iran in the Contemporary Middle East
Invited talk

The Struggle for Supremacy: Saudi Arabia in the Contemporary Middle East
Invited talk

The Struggle For Supremacy
Invited talk

Saudi Arabia and Iran: Rivalry and Fragmentation after the Arab Uprisings
Invited talk

The Struggle For Supremacy
Invited talk

The Apocalyptic and the Sectarian
Invited talk

Understanding the Middle East: Should the West Intervene?
Participation in workshop, seminar, course 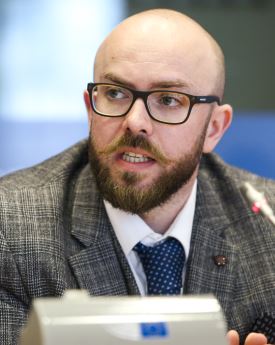