My research draws on the social sciences, humanities, arts and natural sciences to explore the changing relationship between humans, environment and technology. In recent years I have applied this interdisciplinary approach to various environment and technology issues, such as technological innovation (especially biotechnology) and political economy (Reynolds and Szerszynski 2011, 2012, 2014); and urban foodscapes seen in terms of socio-material practices and the moral economy (Psarikidou and Szerszynski 2012a, 2012b).

After editing a special double issue of Theory, Culture and Society in 2010 on ‘Changing Climates’ with John Urry, I developed a particular research focus on geoengineering – the proposed large-scale technological manipulation of the climate system in order to counteract anthropogenic climate change. I have explored geoengineering through a wide range of research approaches, including qualitative social science, public engagement, bibliometric analysis, humanities reflection and policy impact. Along with Maialen Galarraga I have developed analyses of geoengineering that combine philosophical and social scientific inquiry, drawing on biosemiotics and deconstruction (Szerszynski 2010), the philosophy of technology and fabrication (Galarraga and Szerszynski 2012) and the sociology of knowledge and interdisciplinarity (Szerszynski and Galarraga 2013). With Phil Macnaghten and others I have conducted social research using public engagement methods to explore the kinds of world that geoengineering techniques might bring into being, and to critically assumptions of the governability of geoengineering under various future scenarios (Macnaghten and Szerszynski 2013; Szerszynski et al. 2013). With Paul Oldham, Jack Stilgoe and others I am conducting bibliometric analyses of scientific research and patenting activity in geoengineering in order to make visible the often-hidden networks of collaboration, funding and problem-definition that are shaping this emergent field (Oldham, Szerszynski et al. 2014). More recently, with researchers in Brazil and Canada, I have started developing analyses of non-western understandings of climate- and weather-control, or ‘alter-geoengineering’. With Maialen Galarraga and Ruth McNally I am also conducting EPSRC-supported critical research on the practice of interdisciplinarity in practice in geoengineering and other technical domains, using a variant of the PROTEE methodology developed by Bruno Latour, McNally and others.

I have also become deeply engaged in ongoing debates about the Anthropocene – the proposed new geological epoch in which humans are seen as the determining force in the evolution of the Earth. This led to membership of the European Science Foundation/COST Task Force on ‘New Science Questions’ for the Forward Look Responses to Environmental and Societal Challenges for our Unstable Earth (RESCUE) (resulting in Palsson, Szerszynski, Sörlin et al. 2013); an invited contribution to the special issue of Oxford Literary Review on ‘Deconstruction in the Anthropocene’ (Szerszynski 2012); a sustained involvement with the two-year Anthropocene Project (2013-14) run by the Haus der Kulturen der Welt and the Max Planck Institute for the History of Science, Berlin (including The Anthropocene Project: An Opening; the 4-volume MIT collection Grain Vapor Ray: Textures of the Anthropocene; A Matter Theater, for which I wrote Szerszynski 2014); and the eight-day Anthropocene Campus); the devising and staging (in collaboration with Bruno Latour and Olivier Michelon) of Anthropocene Monument, a colloquium and exhibition at Les Abattoirs, Toulouse; and plenary papers at conferences in Paris (2013), Rio de Janeiro (2014), Berlin (2014), Edinburgh (2014), Munich (2015), Stockholm (2015).

I have a continuing interest in religion and its complex relations with the ideas and practices of science and technology. My 2005 monograph Nature, Technology and the Sacred argued that contemporary ideas and practices concerning nature and technology remain profoundly shaped by the religious history of the West. This book was chosen to be the subject of featured in a peer-reviewed ‘book symposium’ in the American journal Zygon: The Journal of Religion and Science, published later that year; three authors wrote articles engaging with the ideas in the book, and I responded with a 6,000-word reply. The book also resulted in invitations to give a number of public lectures and plenary addresses between 2006 and 2008, including the Elias Andrews Public Lecture 2007 at Queen’s University in Kingston Ontario, the second van Riessen Memorial Lecture at the University of Delft, and keynote addresses in Copenhagen, Birmingham, Leiden and Deurne. My interest in this area continues: with Celia Deane-Drummond and Sigurd Bergmann I recently co-edited the book Technofutures: Transdisciplinary Perspectives on Nature and the Sacred, which will be published by Ashgate in 2015.

Over the years I have organised or co-organised a number of events with a major arts component. In July 2000 I co-organised the four-day conference and art festival Between Nature: Explorations in Ecology and Performance (Lancaster, July 2000), which resulted in two edited collections, Nature Performed (Blackwell, 2003) and Performing Nature (2005). In 2009-10 I directed Experimentality, a year-long collaborative research programme on experimentation in the sciences, arts and wider society, consisting of five two-day interdisciplinary workshops, a three-day international conference, a strand of the FutureEverything festival in Manchester, two public debates (with FutureEverything and the Royal Society), three art exhibitions (at the Peter Scott Gallery and Storey Gallery, Lancaster), 15-cross branded local arts events, and an evening of experimental music, video and live art. In 2014 Anthropocene Monument, with Bruno Latour and Olivier Michelon used the idea of a monument to the Anthropocene to trigger debate about knowledge and aesthetics in an age of global environmental change. An exhibition of monument designs from thirty artists at Les Abattoirs Museum of Contemporary Art, Toulouse, and a three-day colloquium, chaired by myself and Bruno Latour, with 100 participants including natural scientists, social scientists, humanities scholars and artists. The event and exhibition were covered in the French national press, in Libération and Le Monde.

I have also devised my own novel, hybrid genre of performance as a method exploring and communicating complex issues concerning technological and cultural change. So far I have performed three such pieces, each devised in collaboration with other media artists. ‘The Twilight of the Machines’, ‘The Onomatophore of the Anthropocene’ and ‘The Martian Book of the Dead’, performed variously in Lancaster, Sigtuna (2013), Paris (2013), Berlin (2014 twice), Toulouse (2014), Edinburgh (2014) and Stockholm (2014), use ‘found’ textual genres, fictional future scenarios, video and soundscapes to create an imaginative space in which audiences can engage with possible post-planetary and post-human futures.

SOCL220 – Sociology of the Environment

I welcome PhD applications in my areas of research of environment, technology and culture. Applicants should be enthusiastic, self-motivated, well-organised and have a strong academic track record. 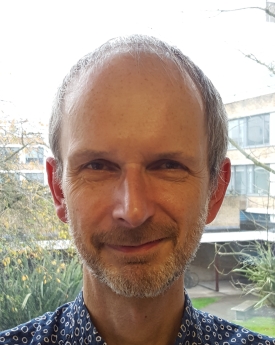