I am an applied social scientist dedicated to research that makes a difference to the way in which children and adults can keep safe in a digital world. My focus is on the socio-technical aspects of human security through developing and applying new technologies; initially in ISIS which created software to identify age and gender deception in computer mediated communication, followed by UDesignIT co-producing applications to facilitate the reporting of community concerns and iCOP (identifying child abuse image originations in Peer to Peer networks). After completing a degree in Sociology and training as a social worker I initially conducted research aimed at improving children’s participation in services designed to safeguard them. My PhD (Child Abuse Troubles, Lancaster University, 1996) and early books (Child Sexual Abuse: Listening, Hearing and Validating The Experiences of Children (1989), Making a Case in Child Protection (1992) & Child Sexual Abuse: Responding to the Experiences of Children, (1999)) impacted on policy through membership of the Home Office Pigot Code of Practice Steering Group which drafted the Memorandum of Good Practice on Video Recorded Interviews with Child Witnesses for Criminal Proceedings (1992), membership of the WHO Prevention of Violence Initiative drafting the World Report on Violence and Health (2002) which introduced a public health approach to violence. I have researched the ways in which different European countries respond to violence against children through several EU collaborations (the Concerted Action on the Prevention of Child Abuse in Europe (CAPCAE), CUPICSO (Collection and Use of Personal Information on Child Sex Offenders in Europe), SIFS (Social Inclusion and Family Support), PANDORA (Confidentiality and the Response to Children in 5 European Countries) and CAHRV (Co-ordination Action on Human Rights Violation). In addition I research resilience and support needs in adulthood (through an ESRC funded longitudinal study on gambling and crime - Tracking Vulnerability and Resilience in Gambling Crime Careers).

Online Child Sexual Victimisation (Corinne May-Chahal and Emma Kelly, 2020, Policy Press)- Building on a Rapid Evidence Assessment on the characteristics of victims on online child sexual abuse for the Independent Inquiry into Child Sexual Abuse, this book extends the theoretical analysis of online child sexual victimisation (OCSV). It reviews OCSV in the changing context of childhoods online, intersectionality and proposes an asset based approach to prevention.

Co-investigator on the iCOP project (funded by the EU’s Safer Internet program) which is developing a novel forensics software toolkit to support law enforcement agencies across the EU in identifying new or previously unknown child abuse media and its originators on peer-to-peer (P2P) networks (see http://scc-sentinel.lancs.ac.uk/icop/).

Co-investigator UDesignIT, an EPSRC funded cross-disciplinary account (see http://scc-sentinel.lancs.ac.uk/youdesignit/?q=node/3). Social networking technologies are now being used to improve community cohesion via both government-led initiatives (e.g., Gov 2.0) and community-led ones (e.g., SeeClickFix). Yet there is still a lack of understanding of how to effectively leverage social media to engage citizens on an ultra-large-scale, especially when it comes to addressing sensitive issues such as crime and anti-social behaviour. YouDesignIT combines Computing and Social Science research to study the feasibility of utilising new forms of social media to empower children and young people to influence the design of such systems to ensure their participation in safer 'cyborg' childhoods (see May-Chahal et al., 2012, Safeguarding Cyborg Childhoods: Incorporating the On/Offline Behaviour of Children into Everyday Social Work Practices, British Journal of Social Work, http://bjsw.oxfordjournals.org/cgi/content/full/bcs121?ijkey=QK9976x9WFdScBz

Experience in comparative European social policy in child welfare through involvement in several European funded research collaborations. Amongst completed projects are the Concerted Action on the Prevention of Child Abuse in Europe (CAPCAE) a project funded under the EC Biomed II programme for which she was co-ordinator, CUPICSO(Collection and Use Of Personal Information on Child Sex Offenders in Europe), SIFS (Social Inclusion and Family Support), PANDORA (Confidentiality and the Response to Child Sexual Abuse in 5 European Countries), and comparative research on protective factors for human rights violations as part of the Co-ordination Action on Human Rights Violation (CAHRV). National projects include Measuring the Prevalence of Child Maltreatment in the UK (Cawson et. al. 2000; May-Chahal & Cawson, 2005) and The Relationship between Child Death and Child Maltreatment, (May-Chahal et al, 2003). Regional projects have included Developing Collaborative Commissioning Models for Looked After Children with the North West ADSS and NCH Action for Children, Missing Children (with Blackpool and CYPU) and evaluation of the Children's Fund in St Helen's .

A review of research to inform policy development on young people and gambling in the UK was published by the Department for Culture, Media and Sport as a technical report Young People and Gambling in Britain. The research team, led by Professor May-Chahal, also work in the areas of health and social impact assessment, community impact assessments, gambling, debt and help seeking and developing a public health approach in gambling. A further report for the DCMS on developing a health and social impact assessment framework to measure the impact of the Gambling Act, 2005, involving a consortium of researchers from the US, Australia, New Zealand and the UK can be viewed at http://www.culture.gov.uk/reference_library/research_and_statistics/4864.aspx.

OffGam (with Jill Anderson, Les Humphreys and Allie Wilson) researched gambling in prisons, including the evaluation of cognitive behavioural interventions to address gambling problems in the prison environment, funded by the Responsibility in Gambling Trust. This study identified the extent of problem gambling in 2 English prison populations. International studies find that between a quarter and a third of offenders may be defined as problem gamblers. During the last decade, the UK has seen unprecedented changes in gambling legislation and opportunities. Offgam found that levels of problem gambling were in line with global estimates. 27.8% of male prisoners and 18.1% of female prisoners were rated as medium-risk and problem gamblers. Gambling problems were linked to current and previous offending for between 7% and 13% of all incarcerated offenders (see http://onlinelibrary.wiley.com/doi/10.1111/hojo.2012.51.issue-4/issuetoc).

An ESRC Seminar Series on International Transformations: Preventing UK Gambling Harm. A report from the first three seminars which focused on research, the gambling industry and policy can be found on the RIGT website (http://www.rigt.org.uk/research/101.asp).

Principle Investigator ESRC funded 3 year study 'Tracking Vulnerability and Resilience in Gambling Crime Careers'. The research team based at Lancaster and Glasgow Universities is exploring patterns of risk, vulnerability and resilience among offenders in prisons and on release in both England and Scotland. The study is tracking longitudinal data from the Police National Computer alongside in-depth narrative interviews across 3 time points to examine the relationship between crime and problem gambling, and also links to mental health, substance misuse and patterns of deprivation (see http://www.lancs.ac.uk/fass/projects/tracking-vulnerability/). 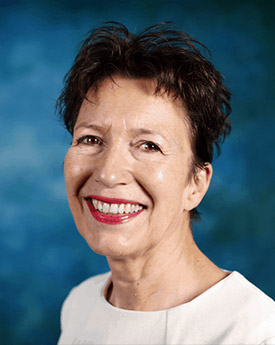 During Michaelmas Term please call me in Teams